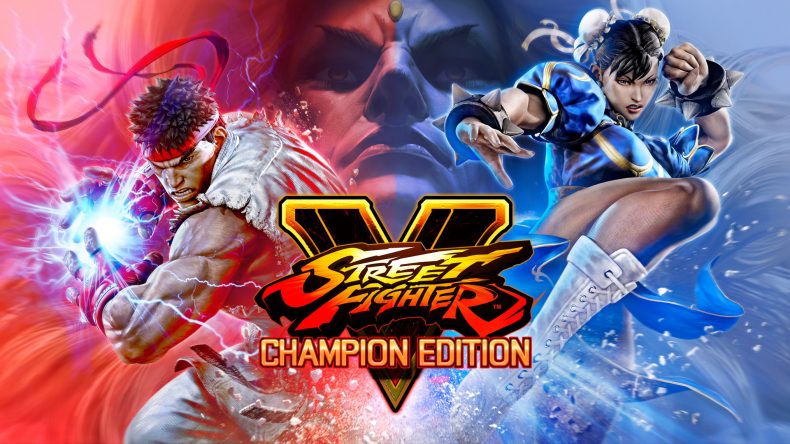 Even in an era where “seasons” (shudder) of DLC are now the norm for many games, there is no beating around the bush in saying that Street Fighter V was something of a meager, paper-thin affair when it first launched in 2016. Rather than arrive in a relatively fully-formed state likes the predecessor that stole entire years of my life, the fifth canon throwdown has taken a while to achieve its current status as one of the top-tier competitive brawlers of the current tourney scene with Street Fighter V: Champion Edition.

After a slow drip-feed of character additions and aesthetic options, Champion Edition has finally given skeptical fans like me something worth investing in, with a huge package that amply improves on everything that has gone before it. Available as either a standalone purchase or a twenty sheets downloadable add-on, the upgrade named after the legendary 1992 Grand Master-adding World Warrior sequel gathers together pretty much everything you will need to experience a complete SFV experience, whilst adding some new bits into the bargain. Capcom have taken all of the characters, costumes and stages from the seasonal schedule which means there are now a staggering 40 playable fighters, over 200 wildly varied costumes, and 34 sumptuously detailed stages, including the red and blue splendour of Gill’s Sun Chase Moon backyard. A new fighting balance tweak, which brings “general game improvements and character-specific updates” has been thrown in. Best of all is the addition of a free update that adds a second V-Skill for every single character.

Roster-wise, the forty participants on offer are a real smorgasbord of genuinely interesting new faces, Final Fight alumni and returning faves. The headline act of Champion Edition is the all-new incarnation of Street Fighter IV boss and master of mimicry, Seth. Fans of the series will recall Seth as a Dr Manhattan-esque silver beefcake, but here the Tanden Engine-wielding overlord is in female form, inhabiting the “Doll Unit Zero”, which looks a bit like S.I.N hellcat Juri Han.

Street Fighter III mayor Gill and Seth are positioned as the two most complex and devastating forces in the game, albeit with movesets that will take some mastery. Seth still uses the Tanden Engine to absorb the abilities of opponents. There are nearly endless possibilities when employing the V-Skill Tanden Install. See what happens when you use it on another Seth! Gill is like the living embodiment of switch mechanic classics of yore like Silhouette Mirage or Ikaruga, his red and blue halves representing the fire and ice powers of Pyrokinesis and Cryokinesis. Those who may have already purchased all of the seasonal content may feel slightly disgruntled at seeing everything they have already paid for bundled in as a cheapo option, but they can simply buy Seth as a standalone option. Omitted from this DLC also are the costumes earned via the Fighting Chance mode and during events like Capcom Pro Tour, so don’t expect to see the Red Bull themed outfits here.

The extra skills mean that existing players will have fun learning the new additions and what they do. The first thing I did was head to the challenges to try everything out and commit the new stuff to the Street Fighter portion of my brain. This is easily the most technically deep Street Fighter to date. Some of the V-Skills, changes to health bars and stun thresholds have a massive effect on things that may not be immediately obvious. Ryu now has the ability to cancel into his critical art after an anti-air Dragon Punch. A change that casual gamers may not appreciate, but those in competitive circles will welcome back like an old friend. Unlike other fighting games that see competitive scenes dominated by cagier tactics, V is a game that loves a bit of risk and reward, and favours a bolder, attacking approach. Employing V-Triggers and Skills to your best advantage to kick someone’s heed in, basically. There are new training missions to reflect the V-Skill changes on offer, however things remain fairly basic on the training front and it is perhaps not the most welcoming fighter for a noob, even if it is immensely satisfying once you master a character that you feel comfortable going to war with.

What you end up with is a game virtually unrecognisable from the one that came out four years back. Even in what should be its final form for a while yet, this is a game that lacks the instant sugar rush and intuitive, user-friendly feel of its predecessor. There are still inexplicably long loading times, some jarring in-game adverts and a terrible frontend. But it has a load of charm. Some characters are literally thrilling to witness in action and employ in battle, and unmistakably belong in this universe – the towering Mad Gear behemoth Abigail, Q-esque Abe Lincoln pastiche G, and the mystifying Gill. Even if you are not confident enough to head out into the hinterlands of the online experience, there are a plethora of offline story and fun modes to enjoy, with some genuinely touching plot arcs and a nostalgic arcade mode that mimics the gauntlet of opponents from Street Fighters past. And it really is an excellent one on one fighting game that is among the best of this generation and still worthy of your time. At the asking price, this is the best bang for your fighting buck you can spend for PS4 or PC right now.

It's not perfect, and it is unlikely to win many new fans this far down the road, but finally Capcom's delivered the completed vision for Street Fighter V.