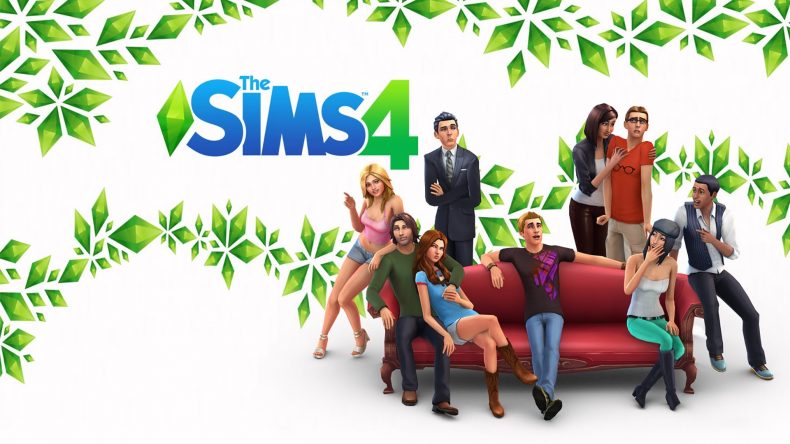 I first played The Sims 4 years ago, when it was first ported over to PS4. I played it for a few weeks and then moved onto other things, having seen it all before – or so I thought. Having spent countless hours on the original The Sims way back when, I was impressed with the evolution, but beyond that I just wanted to get back to the nearest shooter or dungeon crawler.

Picking up a new PC in December last year, though, led me to wandering around the lonely aisles of the online storefront. I tend to lurk in Steam for hours, shortcut through the Epic Store when I’m feeling brave, check in with Microsoft to be sociable, etc. And so it was that I found myself downloading the Origin launcher, against the better judgement of whatever remains of my buyer’s conscience. And right there was The Sims 4, for the low price of £8.99. Now I’ll be honest, my kids have been playing it on PS4 lately and so I had been recently exposed to it and was wondering how much had changed. The one thing I was very aware of was how many content packs, “stuff packs”, game packs and expansions had been released since the launch. To download all of it runs into the £100s.

With the addition of Tiny Living, offering small building spaces and minimilist props, it seemed a good time to get back into it. With a review code from EA and a handful of packs I bought myself, I decided to re-review The Sims 4 for 2020. Is it worth buying if you never have? Is it worth jumping back into if you’ve long since walked away?

The first thing I’ll say is that stuff is important in The Sims 4. I wouldn’t ever usually recommend anyone spend money on microtransactions or DLC unless you really love the game in question, but if you have a bit of spare cash on the occasions when there’s an Origin sale or a holiday sale, it’s worth grabbing a few packs, especially with the base game so often reduced to less than £10. I set to work sculpting the GodisaGeek team, an as finely-tuned and well-rounded a group of individuals as any (honest) and dropped four of them into a pair of newly furnished apartments in the San Myshuno neighborhood available with the City Living pack. I had forgotten how much of a joy it is to just sit back and watch these little people go about their business. The Sims, I mean, not the Geek team.

I’m not sure if real life Adam sleeps as much as his Sims 4 counterpart (seriously, the dude went to sleep on the floor of a karaoke bar during a date) [Editor’s note: all I want to do is sleep, the dating part is the unrealistic part], but leaving them to get on with it is still as much fun as it ever was. But the more stuff you have, the harder it is to control your Sims. They want to play guitar or paint a picture, mix drinks at their mini-bar, or spend hours star-gazing with the telescope. I’ve always found it funny how most Sims have that casual don’t-give-a-fuckness that leads them to just go to bed mid-conversation because they’re tired, or wander into another Sims house and make dinner.

The last big expansion was Island Living, a pack that allows you to either visit the tropical paradise of Sulani, or build a home there and move in. This, along with the City Living and Discover University packs, has done more to change the overall pace and face of The Sims 4 than any of the others. In Island Living you can swim with dolphins, meet mermaids, open a beach bar and live out the kind of fantasies that matter to someone my age. In Discover University you get to have fresh adventures in higher education, while the City Living pack turns The Sims 4 into a more slapstick version of your favourite 30-something sitcoms. Having now been around now for almost 6 years and still being supported with new expansions, The Sims 4 is showing no signs of going away and honestly, I’m here for it. It has the same problems, still, as The Sims has always had with AI and pathfinding, and now and then a Sim will steadfastly refuse to follow any kind of instruction or will stubbornly defy you in ways that make you believe in the possibility of computer sentience, but there’s so much content now that even if you only stretch to a pack or two here and there, there’s a ton of stuff to do. You can have kids and outfit their rooms; you can buy romantic props for the garden, build greenhouses, have pets and fall in love while walking them in the dog park. There are restaurants and ice cream parlours and a school of magic, if you’re that way inclined.

The biggest shame is that EA charge so much for the packs. An odd free one here and there wouldn’t go amiss, especially considering The Sims 4 had a reported 20million unique users as of January of this year. That’s impressive for a six year old game that isn’t a MOBA or an MMO. Despite the news that The Sims 5 is likely to release in 2020, there’s still so much on offer in The Sims 4 that I can’t imagine needing to move on just yet.

Ultimately, The Sims 4 just offers me something different. My usual games are much darker anf more violent affairs, and I’ve always been turned off by the majority of colourful platforms and family titles. But The Sims 4 is something I can just put on and drift around in, hopping between households and locations as the mood takes me. It may not be anything new, but The Sims 4 in 2020 is definitely alive and kicking, and if you’ve got the green to invest in at least one of the bigger DLC packs – or even the game packs that provide actual mini campaigns and objectives – there’s enough content to keep you building, buying and living vicariously for a few more years yet.

Tons of content available
As addictive as ever
Incredibly charming

Content packs aren't cheap
There are still some AI issues

The Sims 4 is something I can just put on and drift around in, hopping between households and locations as the mood takes me. It may not be anything new, but The Sims 4 in 2020 is definitely alive and kicking.