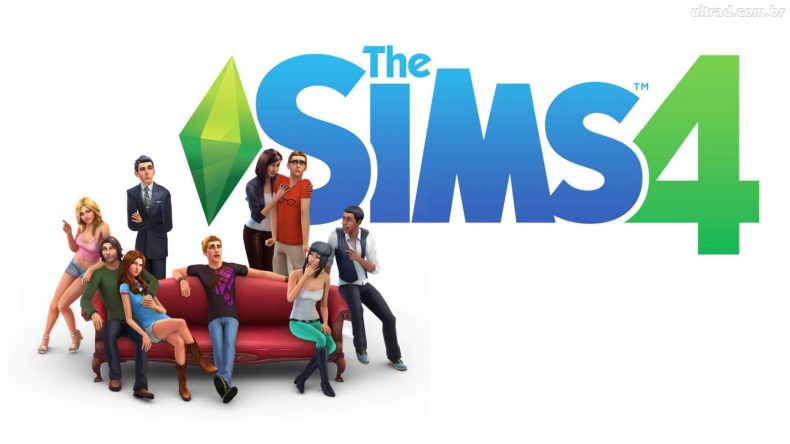 I’ve never played a Sims game before which surprises me as it seems like the perfect game for me. I think, perhaps, this is in part that I have never really had a PC powerful enough to run it. I love building things in games, and I really like the idea of creating an avatar in my approximate image, imbuing it with all of the traits that I wish I had or think I have and then guiding them onto a fulfilling life. It sounds very appealing; an opportunity to live out some wild fantasies or even settle down for domestic normality. The Sims 4 has now been released on consoles, promising similar depth to its PC counterpart, making it the perfect opportunity for me to finally jump in, but limited attention to console specific play mars much of the experience.

You begin The Sims 4 by creating your Sim through a very detailed customisable tool. You can alter pretty much everything. As well as the usual customisations in terms of body size, age, facial features etc. you can also specify other details like how feminine or masculine your character will be, their walk, how they interact with other Sims by way of personality type and traits, as well as their aspirations in life. You can then choose to play with that Sim, or continue to create further ones to make a family or house mate or whatever.

Being a totally new player to The Sims, I, of course, set out to recreate myself because I’m a narcissist it seems. I have created her in my approximate image, albeit twenty years younger, because I can, and don’t lie you would too. She’s sporty (a total lie), a bookworm (true), seeks knowledge (maybe), and is generally “good” (you’d better believe it). My next step was to choose which of the three neighbourhoods to settle her in. My final choice was based on a simple decision – there were pre-built houses ready to move into. Very early on the limitations of this console version are clear. The menus have had very little work done on them to adapt to a controller rather than keyboard and mouse, and as a result are incredibly fiddly to use. The controller toggle buttons function as both camera movement and mouse pointer and the dead zone in the toggles means that you will at times move the cursor wildly across the screen missing the area you wanted to interact with and at others watch it move painfully across the screen until you reach your intended target. The lack of responsiveness in the controls and the menu system that is clearly build for the PC make for an early frustrating game, and building houses for Sims a particular pain. Coupled with that, the game provides a very sparse tutorial so brand new players, like myself, are left a little bewildered.

After I had chosen a house for my Sim, I started trying to understand the basics of what you actually do. I had her read a few books, sent her to the toilet when she needed it and let her sleep when she was tired. I felt bad for her after a few days when I realised she was lonely and hadn’t had any interaction with another Sim for a while so in an attempt to cheer her up, I decided to invite some of the neighbours round for a party. Things started well, she’s funny apparently, and now has aspirations to star on the comedy circuit. I hadn’t invested any time in “mixology” so the only beverage on offer for my guests was water, but she now wants a bar in her tiny house – something to work towards, I guess. In an attempt to make her guests feel a little more welcome, half way through the party she decided to bake a cake, and promptly set her kitchen on fire! One of her guests put the fire out for her, while she retreated to the bathroom where another guest walked in on her. Now she appears to be in a permanent state of embarrassment. The party was a complete disaster, but I learned a few things from it, things which would have been useful to know in the tutorial if it just didn’t disappear after you placed your Sim in the world. Your Sim needs to learn skills gradually, all done through repetition. If I want her to be a gourmet level chef, I need to have her cooking gradually more complex dishes until the danger of burning her kitchen down becomes less of a likelihood.

Everything you want to do in the world costs money, or simoleons, so if you want to give your Sims a bigger pad in which to entertain you are going to have to send them out to work. Again, this is another area that is poorly explained to new players. I’ve learned over time that you can impact the effort your Sim puts into their work which has positive and negative implications plus if you choose a job that takes them away from their house they just sort of disappear for several in game hours which feels at odds with the idea that you are the architect of their life. Having them missing for extended periods of time with very little interaction feels out of place. Another area of the game that feels under-developed is the neighbourhoods. There are three that your Sim can move around in. Each area has a distinctive feel, but they don’t really feel connected to each other, and they also feel a little sparse. There isn’t much by the way of places to take your Sim to. A lack of things like coffee shops, or grocery stores seems like a glaring omission. Plus, switching between neighbourhoods is a lengthy loading screen that makes movement around them a chore.

The core gameplay of The Sims 4 is a delight, watching them being complete idiots in every aspect of their life is remarkably satisfying. The underlying meta game of levelling up skills is also really engaging. The building mechanic, once you learn the systems to be effective, is very detailed with tonnes of customisable options, it is a shame then that Maxis didn’t put as much attention into making this version practical for the console. The controls and menu system are not good enough for a controller and they could do with simplifying somewhat because as they stand you will find yourself either battling with the cursor or tying to remember the button prompts for different things. Similarly, for brand new players like myself, the game could do with a more comprehensive tutorial system. At present it all but disappears after teaching you how to create a Sim and place them in the world. There is a certain amount of satisfaction in learning on the job, so to speak, but a lot of early mistakes and frustrations could be avoided if there were regular prompts on how to do certain things.

It’s great to have a game like The Sims 4 on console, it feels like a game that will keep many people entertained for long time as the underlying game is incredibly compelling. In this instance though the poor attention to the fundamental ways in which players on console interact with the in game systems means it is a difficult game to recommend. Perhaps players are better off with sticking to the PC version for now.

The Sims 4 is a compelling game with tonnes of customisable options. Sadly, poor attention to the functionality of playing with a controller rather than keyboard and mouse, and a sparse tutorial make this version difficult to overly recommend.