previous
Watch: Here's how to get the proper kits in PES 2017 on PS4
random
next
Score Attack: King of Fighters XIV
0 comments 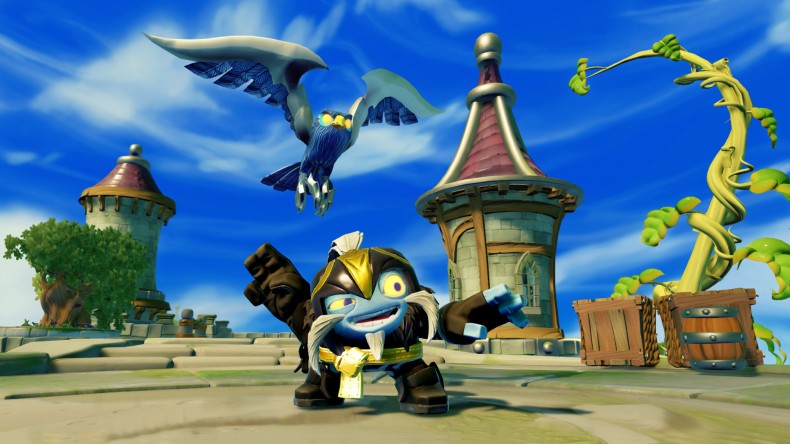 Air Strike was once a trainer of the rare and endangered Blue Zephyr Falcons, who would travel from all over Skylands to learn his techniques. He then climbed to the peak of Zephyr mountain, on a quest to single-handedly defeat a band of trolls that hunted the falcons for their eggs. While doing so, one of the stolen eggs hatched into his loyal companion “Birdie” and the pair now use their skills to train Skylanders.

Skylanders Imaginators will be launching on October 13 for PS3, PS4, Xbox 360, Xbox One and Wii U. For more info on the game and sensei characters, check out our preview.