Skylanders Academy is now available to stream on Netflix 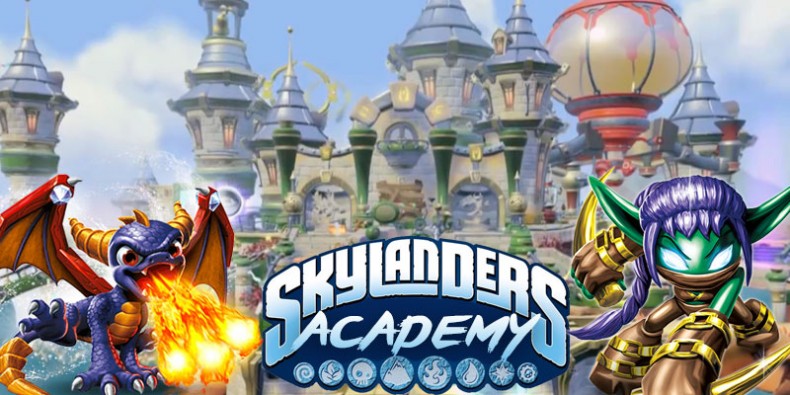 Skylanders Academy is now available to stream on Netflix. Based on Activision Blizzard’s video game, Skylanders Academy follows the adventures of Spyro, Eruptor, Stealth Elf, Jet-Vac and Pop Fizz as they travel the Skylands universe.

The Skylanders franchise has sold more than 250 million toys since pioneering the toys-to-life category back in 2011, and earlier in the month Activision revealed the Skylanders Imaginators game which gives players the power to create their own Skylanders and bring them to life.

Activision Blizzard Studios Co-President Stacey Sher, says “we are so excited to bring Skylanders to families in a new, fun and exciting way.” She continues, “high-quality writing, incredibly talented actors and beautiful animation makes Skylanders Academy an epic adventure for the whole family.”

Delighted studio Co-President Nick van Dyk says “With a huge and engaged global fan base, the $3 billion Skylanders franchise was a natural fit for our first project. Partnering with Netflix means huge new audiences can meet the Skylanders, while giving millions of fans worldwide even more of the characters they love.”

There is some incredible voice talent on display as well with the likes of Ashley Tidsdale, Jonathan Banks, Eric Rogers and Susan Sarandon as well as many others.

The first season of Skylanders Academy is twelve episodes in total, with a planned second season due on Netflix late 2017.

Likes to shoot stuff and wear pretty shoes. Is a BEAST at Titanfall.
MORE LIKE THIS
Activision-BlizzardNetflixSkylandersskylanders academy