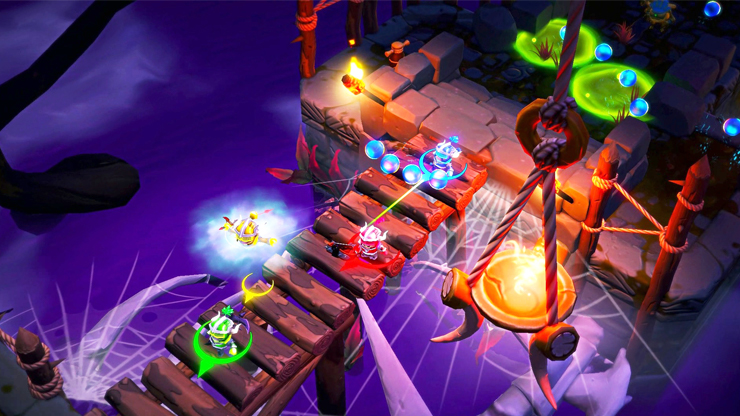 The coop rock themes brawler gets the Broettes at launch. The Broettes will be available for free on PS4, Xbox One, and Steam. Check out the trailer below:

Super Dungeon Bros from React Games is also headed to retail and will be distributed by THQ Nordic. It will release on November 1 on PS4, Xbox One, and Steam.