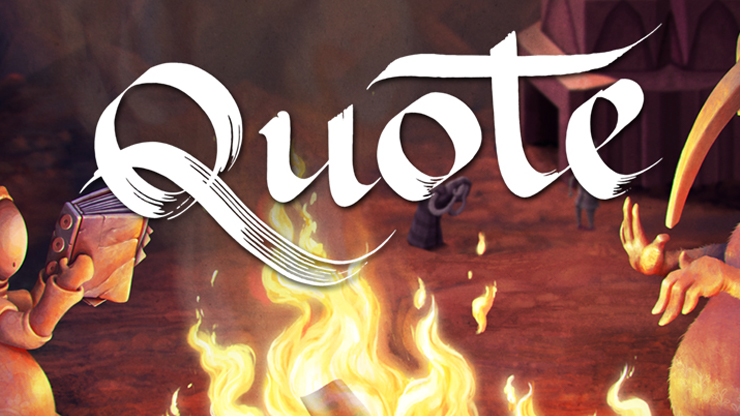 Quote lets you burn libraries while worshipping ignorance. It also has a very nice visual flair to it. It is inspired by classic literature (while letting you burn libraries haha) and you play as Novella. She wants to rid knowledge from the world. Watch the announcement video below:

Quote is available at a discounted price on itch.io right now at £10. After 12 PM on December 16, it will be unavailable for purchase until it hits Steam Early Access in early 2017. Early access inception basically. Quote will release in late 2017. The narrator in the trailer reminds me of the one in The Stanley Parable and the gameplay reminds me a bit of Bastion so that’s an interesting combination.