previous
The Fighting Game Renaissance: How brawlers are making a comeback in 2017
random
next
Podcast: Constantly erect nipples (24/01/17)
0 comments 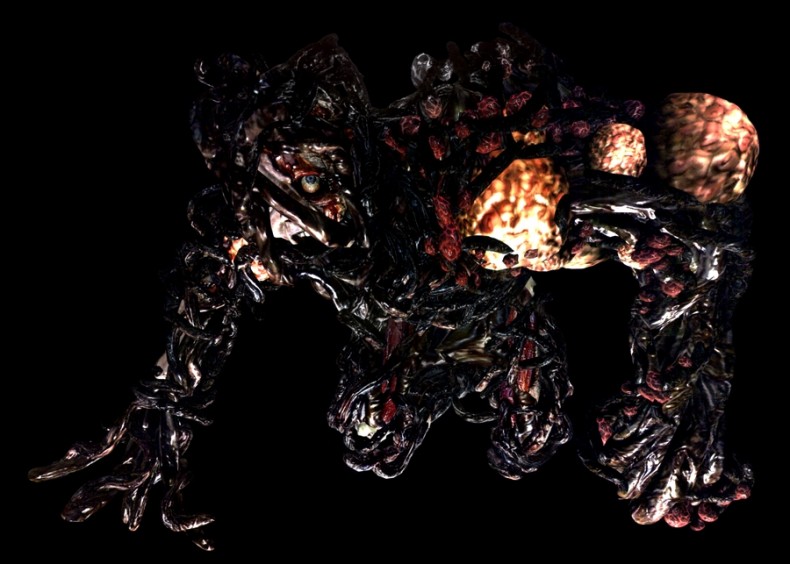 “Jill, Jill, Jill. You’re like a broken record, you know that?”

That line of dialogue has stuck with me ever since. From the moment I stepped foot into that laboratory to this very day, Excella Gionne’s reply to Chris Redfield’s inquisition has become synonymous in the White household. My wife watches a lot of my gaming marathons because the consoles are in our front room; sometimes she’ll watch me, other times she’ll be studying, crocheting, or watching The Office and Game of Thrones on the laptop, but always, ALWAYS finds time to say “Jill, Jill, Jill” if I’m struggling against a boss. Every time I’ve died whilst fighting that abomination, the game would return to the cutscene with that dialogue, and hearing those words still fill me with dread, even now.

You’d never have thought a game as random as Resident Evil 5 would play a role in many of video games experiences since then, but it has. It’s because that damn boss fucking did me. I can’t even recall how many times it took me to beat Uroboros Mkono, but it was in the tens. There’s a cacophony of excitement, nerves and fear whenever you know you’re about to face a boss in a Resident Evil game; whether it was the Tyrant or Yawn from the original, Mr. X from Resident Evil 2, or Nemesis from Resident Evil 3, Resi had a penchant for tough boss fights, and equally an exhilaration from beating the fuckers.

The Uroboros was an RNA-based virus, engineered by Albert Wesker after receiving funding from the TRICELL Corporation. It was an extremely powerful virus, but thanks to Jill Valentine (and the antibodies for the T-Virus in her blood) they found a way to control its potency. The Uroboros Mkono was a test subject in a TRICELL lab–its growth exacerbated by Excella, who was watching as Chris Redfield and Sheva Alomar walked right into her trap. After a brief bit of bantz between the three of them, Mkono stands up and begins to walk towards you, his body convulsing, sprouting snake-like mutations from his skin. Growling in pain and the sound of bones cracking as he approaches, Chris and Sheva ready their weapons–I readied my weapons. It took me a while to work out how I took him down; for ages I fired all my bullets into his deformed body, pulsating boils and oily appendages. “WHY WON’T THIS THING FUCKING DIE?!” I must have screamed a thousand times, and each time my wife rolled her eyes at me, throwing the occasional smirk my way. I must’ve seemed like an utter moron and even I was getting annoyed with myself. Eventually I twigged onto the massive gas cylinders that were scattered around the room, and with one button I pulled the first out of its holder, waiting for Mkono to waltz on by. When it did, I shot the shit out of the cylinder and watched the flames consume him.

As soon as I worked out that fire weakened the Uroboros Mkono, it became a little easier. The flamethrower unlocks and you can go and pick it up from its docking station. It’ll run out of fuel, but will fill back up after a few minutes. You can wipe out that son of a bitch with only a couple of refills and a handful of gas tanks, but for some reason I completely missed the cue. I wandered around that facility completely missing the fact it needed lighting up; I wasted all my ammo and assumed I’d missed the boat. Silly really, because going back now it ranks fairly low in the Resident Evil boss battles.

I guess that’s just the way it goes; one man’s Father Gascoigne is another man’s Bowser. Difficulty is dependent on the player and sometimes others will struggle where many will breeze through. The Uroboros Mkono was my Achilles Heel, and no matter whom I may face in video games for the rest of my life, that Resident Evil 5 boss will haunt me, and those three words will forever be uttered from my wife’s lips.

Video games are cool. Don't let anybody tell you any different.
MORE LIKE THIS
blood pixels tearsResident Evil 5