The Fighting Game Renaissance: How brawlers are making a comeback in 2017 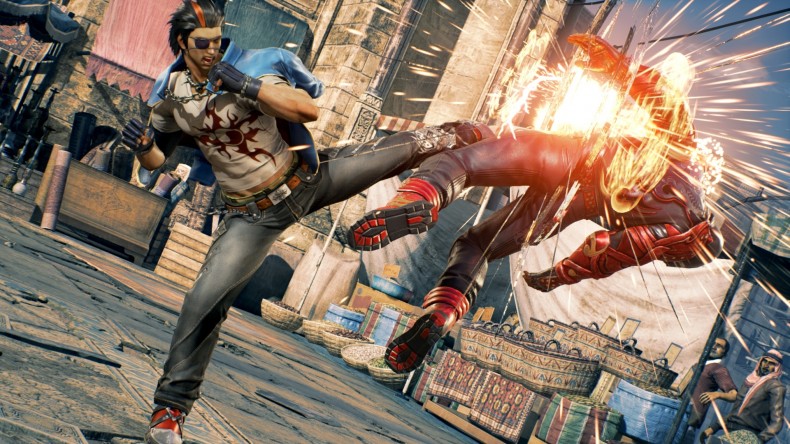 To understand the true direction of the fighting game community and why 2017 might just be the year that the once Street Fighter-focused community might be turned on its head, we need to address some of the main issues with Street Fighter V.

On the surface and for casual fans, Street Fighter V’s premise is appealing; after all, the entry barrier for execution was completely reduced to a point that anyone familiar with fighting games could instantly pick up SFV and be fairly competent. But the execution barrier was still there, and it might have been easier for those already embedded in the scene. A combo as simple as “crouching medium punch, standing medium punch, quarter circle backwards medium kick” still didn’t translate perfectly and the distinct lack of modes for casual fans to play resulted in a game that they would never pick up, regardless of the ease of combos and the simplified systems. The media shone a massive light on these failures, highlighting the absence of an arcade mode that is still nowhere to be seen a year after release, and a story mode that was patched in months after launch. As for competitive players, it was clear that Street Fighter V lacked something more vital; a sense of style and flare. Where Street Fighter IV had countless possibilities in terms of gameplay, match-ups and the ability to use mechanics like focus attacks and focus attack dash cancels meant that characters were an enigma to begin with–Street Fighter V had very little to offer. Within days, the ins and outs of characters were decided, everything was optimised. Due to the simplification of the systems, very little tech was available–with the exception of grab option selects that were partially addressed in later updates. The clutch nature and creativity seen by players, even in the last days of Ultra Street Fighter IV, had all but disappeared, replaced with calculated and precise gameplay. That meant that professional players gravitated towards one specific style of play that matched their chosen character, and almost every player rinsed and repeated the same combos that now held less weight as any competent player would be able to perform them. This left an eSport that as a spectacle felt dull and almost predictable, and the few times Street Fighter V became exciting lay with upsets and lesser known players eliminating favourites instead of the game itself.

So where does that leave us in 2017? Well, although it would seem that the failure of Street Fighter V might be a bad thing, it’s great for the development of others games. Members of the fighting game community are just that–they aren’t just members of the Street Fighter community. Where Street Fighter V has failed to really grip these players, Tekken 7 looks to fill the gap. Tekken has always been known as a dry game competitively; there were no flashy finishes or big lights. Tekken boiled down to the basics and relied heavily on match-up knowledge and the incredibly terrifying 3rd dimension. With Tekken 7: Fated Retribution, that all changes. Not only has it attempted to court Street Fighter with their far superior impression of Akuma, they have included slow down at the end of rounds to emphasise the tension in matches and a new mechanic called Rage Arts. These Rage Arts are Tekken’s response to Street Fighter’s supers, adding a load of flashy animations and a sizable chunk of damage, and these moves look to close the gap between the two series on the main stage of fighting games by adding much more excitement to every round. It’s working too: players like Justin Wong, who placed 4th at Evo 2006 for Tekken 5, and Poongko who are well known for their Street Fighter IV and V skills have transitioned well, especially Poongko whose unique style of Akuma saw him place extremely high at EVO.

That’s just Tekken’s approach to addressing the gap in the market, NetherRealm Studios have taken on their own approach to 2017 with Injustice 2 promising a better story and an extensive amount of single player content and customisation in-game. With the addition of the armour system and RPG-like qualities of implementation, NRS are doubling down on the casual player front while still making enough room for a competitive environment to thrive. With every game, NRS push the boundaries further on expectations for fighting games with their cinematic stories, expansive rosters and ambitious goals; it’s hard not to think that Injustice 2 might hold centre stage in 2017 if it hits the sweet spot for both fanbases. It’s all fine and well to say that these companies look to address the balance and offer a lot, but the reality is that they might still be difficult to grasp for anyone completely new to fighting games. It takes years to understand the nuances, and even longer to acclimatise with the niche terms like Yomi, Oki, and Abare. Thankfully the acclaimed Street Fighter II HD designer, David Sirlin, has big plans to simplify the genre with Fantasy Strike.

Fantasy Strike takes all the elements of fighting games and boils them down to the absolute essentials, drawing an actual fight closer to chess and hard reads as opposed to your typical requirement of dexterity–it even has a jump button for Christ’s sake. Fantasy Strike exists in an odd biosphere of its own: realistically the very idea of a fighting game so simple that you don’t need execution is bound to leave a few diehard players with strained eyes (due to excessive rolling), but it could be ideal for those trying to get into the genre in the softest way possible. If implemented well, it could showcase the strengths of fighting games before you ask newcomers to start counting frames like a Ryu cosplaying Rain Man.

Then again, when you take away the pace of a fighting game and slow it down to the basics, it does start to sound fairly dull. Thankfully, there is one last alternative fighting game for the casual audience. Absolver, developed by Sloclap, could shake the very foundations of what it means to be a fighting game in 2017 and promises more than you could ever imagine. So, what does it offer? An open world fighting game that draws inspiration from martial arts that allows both cooperative play and competitive play–sign me the fuck up. The developers of Absolver really have a massive task ahead of them, but the idea of being able to fight alongside your friends in tandem during group fights sounds unbelievably satisfying. Deep down, I can’t help but imagine a combination of Destiny, Tekken, and a little bit of Power Stone. It’s almost too good to be true. In fact, it sounds absurdly ambitious, but if the Absolver team pull it off, we might be talking about this one for decades to come. However, the year isn’t completely lost to Capcom. Other than Street Fighter V, they have pulled out the big guns and resurrected the Marvel Versus Capcom series with Marvel Versus Capcom: Infinite. Details on MvC:I are currently scarce, but even the knowledge of the game merely existing has fans frothing at the mouth. Although, as far as Capcom fighters go, these are the most welcoming to newcomers–introducing obscure and classic characters hand-in-hand with simple combo systems that have an unfathomable amount of depth and possibilities. Diehard players were left breathless as Mega Man, Captain Marvel, Iron Man, and Ryu all fought on stage at PSX, so those who struggled to find something to keep them playing Street Fighter V might still have a chance at playing as their favourite SF characters on a whole different plane.

And even though the initial release and subsequent first season of Street Fighter V may have accosted some players, Capcom are taking steps to rectify the issues identified in Season 2. With the publisher expanding the cast with Akuma and more new characters, as well as issuing a massive balance patch at the end of 2016, Street Fighter V is evolving with the times and continuously improving. It might not address all the issues players have with SFV, but there is a chance they have changed it just enough to have you back in training mode all over again.

The future of fighting games in 2017 is uncertain, but what we do know is that there is plenty of room for growth. With more titles and money tempting sponsored players to try different games, there will be more diversity in the community. That can only be a good thing. The genre has collapsed upon itself before and that is a concern, but with more people picking up consoles with every generation and the general prospect of so many enticing new games on the horizon, it’s hard not to get excited about 2017.