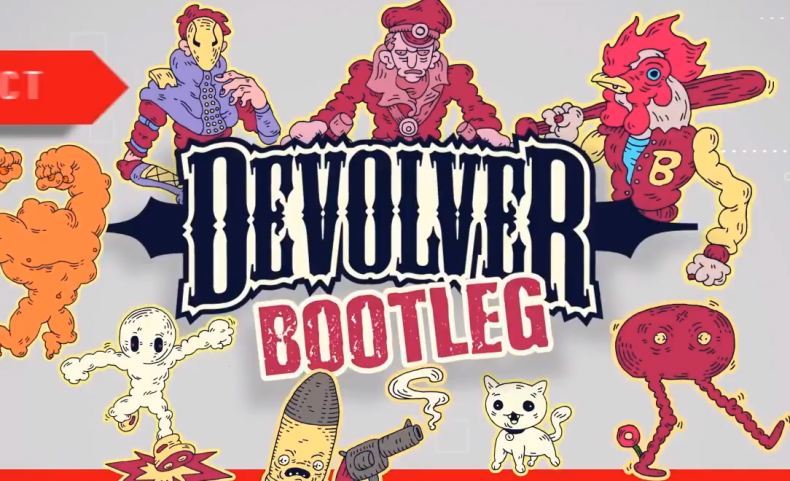 The Devolver Direct conference was as irreverent as ever, none more so when it was announced that Devolver has released a “Bootleg” collection of some of its best know published titles.

“Devolver Bootleg” features 8 games in one package all of which parody their more famous counterparts. The games included are:

All titles have been developed by doinksoft, and the entire collection is available now on Steam. Watch the “TV Commercial” for the announcement below:

Likes to shoot stuff and wear pretty shoes. Is a BEAST at Titanfall.
MORE LIKE THIS
AbsolverDevolver DigitaldoinksoftDownwell

Absolver is releasing on August 29