previous
Sponsored: How to choose the best gaming monitor
random
next
Sniper Elite 4 allows you freedom, but maintains the tension
0 comments 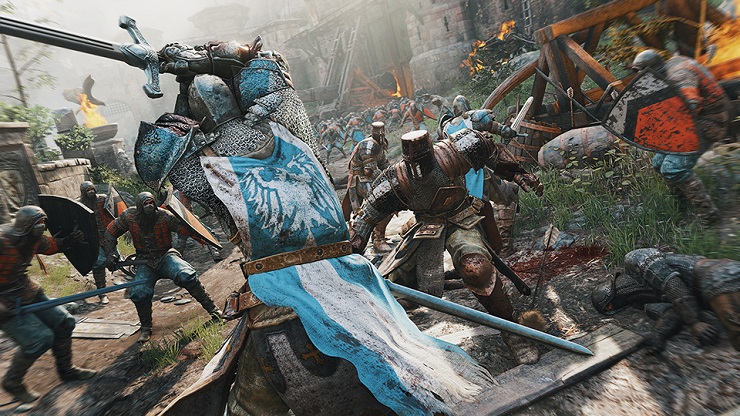 Ubisoft has today released details of the closed Beta for the highly anticipated For Honor. Starting on 26 January until 29 January, players will get four days to test out the multiplayer content, maps and new playabable heroes. To complement the Beta, Ubisoft will also be releasing SCARS, an interactive website that will provide players with story details on the warrirors and be rewarded with a Closed Beta code by completing the experience.

In the Beta, nine of the twelve different heroes from each of the three For Honor factions will be available: Knights; Vikings; or Samurai. There is a lot to learn with each hero having its on unique playstyle, armour set, weapons, skills and progression.

Three of the five multiplayer modes will be available in the Beta: Dominion 4v4; Brawl 2v2 and Duel 1v1. In addition, players will be able to try out Faction War for the first time, a global, persistent and cross-platform event that intends to bring to live the ongoing war between For Honor’s three factions.

You can sign up for the Beta here. And you can read Dan’s impressions in our preview here.

Likes to shoot stuff and wear pretty shoes. Is a BEAST at Titanfall.
MORE LIKE THIS
BetaFor HonorUbisoft