previous
Encased is full of potential, but needs work before leaving Early Access
random
next
A detailed overview on new casinos in Canada in 2020
0 comments 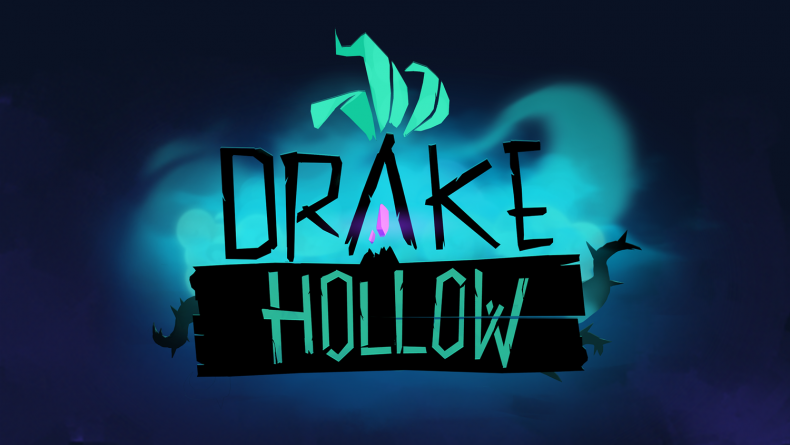 I have spent the past week or so pottering around in the beta of Drake Hollow, the latest game from the development studio behind The Flame and the Flood. It appears to be quite a departure for The Molasses Flood, more focused on co-operative play with a gentle rhythm to it.

The world of Drake Hollow has been corrupted by the Aether, a mysterious fog-like presence that blankets the world and encourages feral creatures to spawn, as tangled, thorny growths engulf everything. After a reasonable character customisation screen you, and possibly some friends, are launched into the world of the Hollow.

The Hollow appears to be a series of disparate islands cut off from each other by the Aether. To get to the other landmasses you need to craft stones that act as barriers to the effects for a short time. Later you can connect the islands via a sort of light bridge that allows your character to quickly move between them via a cool rail-grinding animation. Supply routes can also be set up in a similar way, linking islands together to bring resources to you. The first island you encounter will be your base. The land is inhabited by cute creatures called Drakes, that are imbued with magic. They seem largely helpless, but do have special buffs, health restoration and gifts to help you help them.

The rhythm of Drake Hollow is one of survival, crafting and farming. Much of your time is spent exploring the islands, collecting resources to bring back to your camp, and occasionally defending it from the feral creatures. You will also need to locate and rescue the Drakes and bring them back to your camp. Doing so raises your camp level, and provides you with more crafting recipes and tasks. The Drakes themselves can be bred to create different variants, each with their own unique buffs, things like increased defence, or chances for critical hits etc.. They take some looking after though. You will need to ensure that there is enough food and water for them, as well as places to sleep and things to keep them amused so that they don’t disappear from your camp and go back to sleep, or die.

In the early stages this feels a little onerous as the recipes you have available to you only provide a single use, so bedding and toys need to be crafted regularly. I am hoping that this doesn’t signal that Drake Hollow will be a game very much focused on a list of daily tasks that grow exponentially as you gather more Drakes, as I think a more relaxed gentle experience better reflects the style Molasses Flood have gone for. Of course, these things are eased when they are shared with other people, but much of my enthusiasm for survival games in the vein of Conan or Ark: Survival Evolved wane once the daily tasks and maintenance of defences, crops etc. take up more time than exploring. In terms of the art-style, you’d be forgiven for thinking this was a spin-off of Fortnite. The characterisation, and world looks incredibly similar, even down to the way you hack and slash at trees and items to gather resources. In fact, during my play time I couldn’t shake the feeling that the Drake Hollow beta was very similar in many ways to the co-operative Save the World PvE element of Fortnite, but with more of a focus on farming and exploring.

Combat is crude, with a simple melee system and ranged attacks. Melee weapons are based on the items you find in the world while exploring. It seems felling a huge tree for resources and fighting one of the many feral creatures can all be done by whacking them with a lacrosse stick. I am all for it, but I do wonder if later on you can craft more sophisticated weaponry as the challenge ramps up. Similarly the ranged weapons are found, but you will need to locate the projectiles for it. Again, I am presuming that you will be able to craft these things further down the line.

Exploring, it is clear that the world before the Aether came is one very similar to our own. There are abandoned structures and vehicles that can be looted for resources, and I am left wondering whether at any point you will be tasked with rebuilding the structures, perhaps for more permanent bases for you and your Drakes. I have seen enough in the Drake Hollow beta to want to play and explore more. The early stages of a game like this are always the most fun as you enjoy the thrill of discovery. I have cleared a few of the islands surrounding my base of feral creatures and defended it a couple of times during a horde mode-like attack. Linking the islands via the Aether bridge rail-grind system is a pretty cool way of moving around, and I have also discovered areas that I currently can’t reach because the time-limit of the Aether stone wards isn’t sufficient for me to get there. Trying to work out how I can extend it is keeping me engaged. Clearing an island of the Aether presence rewards you with a chest that you hit for new schematics, customisation options and resources. New recipes are gated behind your camp level, which seems fairly standard practice, however it isn’t overly clear how you go about raising it in any meaningful way.

Drake Hollow is due for release next month, and I am looking forward to playing the full game. I have some concerns about the direction that I suspect Drake Hollow will go following my time with the beta. The constant upkeep to ensure that my Drakes are happy, well-fed and watered isn’t too bad at the moment as I don’t have many other things to maintain, but I suspect that as my camp grows and the defensive needs of it increase I can see that the rhythm of Drake Hollow will change from one of discovery to maintenance. That isn’t a bad thing, as long as the balance is maintained.

Likes to shoot stuff and wear pretty shoes. Is a BEAST at Titanfall.
MORE LIKE THIS
Betabeta impressionsFortnitePreview