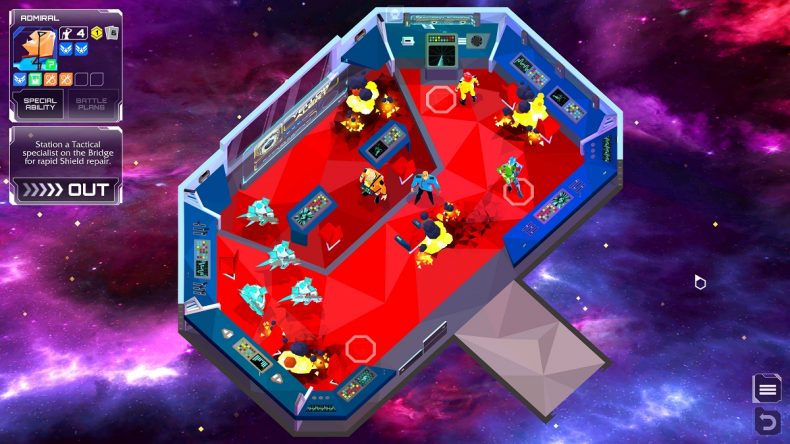 Digital board game specialists, Thunderbox Entertainment are looking for Beta Testers for their new game, The Captain is Dead. In anticipation for their new game, they want people to sign up to test run the genre-bending, retro-flavoured, survival-strategy spectacle based on the fun, sci-fi board game.

Taking the crazy aesthetic of the original, cardboard series (shown above) and riffing on classic games like Star Fox and Virtua Fighter, The Captain is Dead has been re-imagined as an intense, isometric, strategy game, with a sleek and stylish, low-poly look that will make you wonder why you ever spent so much on that snazzy new graphics card in the first place. But don’t take our word for it, check out a WIP preview of the game in action here.

With the titular officer out of the picture, the game puts you in command of a rag-tag crew, besieged by an unknown alien foe. Can you hold the xenomorphs at bay, and keep the ship from exploding long enough to repair your Jump Core and escape to sweet, sweet hyperspace?

Thunderbox want to make sure The Captain is Dead is the best it can be, so it’s looking for those with a thirst for adventure and a love of all things science fiction. If you’re interested in signing up to become a tester, head over to the game’s Steam page, then visit their website to explore the vastness of space.

Video games are cool. Don't let anybody tell you any different.
MORE LIKE THIS
BetaThe Captain is DeadThunderbox Entertainment