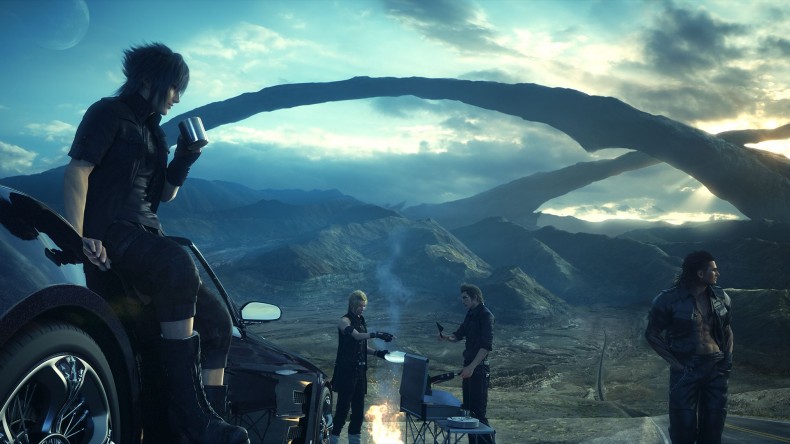 As well as releasing the Booster Pack + DLC  for season pass holders today, February 20, Square Enix have also rolled out a free update with a range of additions to the base game.

The Booster Pack + DLC adds only a few items for Noctis to utilise with the main draw being a sword called Ragnarok which grants a powerful warp-strike attack. The other two aim to make fishing easier with the Dragon Drain rod suppressing fish movement and the Avior reel pulling fish with greater strength, the more it’s durability falls.

Meanwhile the 1.05 update primarily adds support for increased framerate on PS4 Pro but also brings timed quests and a music player for chocobo riding along with two new music tracks from Square’s newset RPG, NieR: Automata plus increases to the level cap, from 99 to 120, and the number of photos that can be stored, from 150 to 200.

Finally, Square have revealed that the previously pre-order exclusive, A King’s Tale: Final Fantasy XV will be available as a free download for all players from March 1. The prequel occurs 30 years before the main story’s events, featuring retro graphics and expanding the tale of King Regis and his companions.

Final Fantasy XV is available now on Xbox One and PS4, where it is currently on sale for £32.99 to celebrate the series’ 30th anniversary.