previous
Google Earth VR is now available on Oculus
random
next
The Banner Saga 3 will be the darkest, most intense game of the trilogy
0 comments 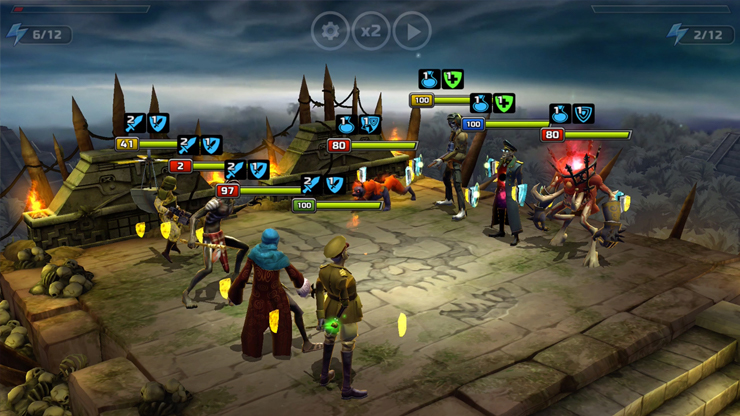 Legacy of the Beast gets a PvP mode themed after The Book of Souls.

Iron Maiden is set to embark on the final leg of The Book of Souls world tour and their mobile game is getting a new PvP mode. This mode and update debuts Shaman Eddie from The Book of Souls. Rod Smallwood, the manager had the following to say:

“With Legacy of the Beast we wanted to create something that appealed both to fans of Maiden music and gamers alike, wherever they are in the world, and I think we are well on our way to accomplishing that. The game has kept true to the band’s history and development not only through their music but with Eddie too. This latest feature focussed around our current tour is only the start of many new and exciting innovations we have planned to keep Legacy evolving and becoming even more addictive!”

There will be new characters to collect in the coming future including The Clairvoyant Eddie. Legacy of the Beast is available for free on the App Store and Google Play.

Part time writer part time JRPG and indie game enthusiast, Mikhail Madnani spends far too much time listening to video game music on Vinyl like a true hipster from India.
MORE LIKE THIS
iron maidenlegacy of the beastmobile