Seven tips for mastering the multiplayer in Mass Effect: Andromeda 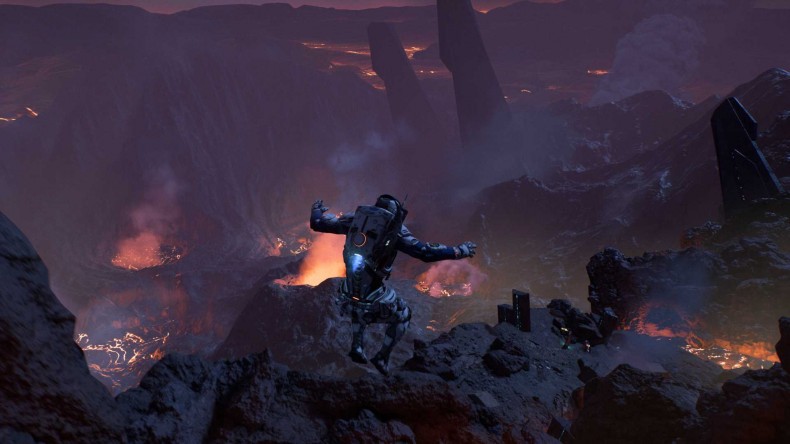 Mass Effect: Andromeda has been out a couple of weeks now to mixed reviews, but we are enjoying it here at God is a Geek. If you have put some time into the story you will have found a terminal on the Nexus where you can deploy APEX assets controlled by the Turian, Kandros. Once you have spoken to him you can also manage your teams via a terminal on the Tempest.

At the beginning you will only have one team at your disposal, however after successful completion of one of two missions you should have amassed enough ‘Mission Funds’ to purchase another team. Each mission will have a success rate attached to it, and sending your team out will result in either success or failure. Both carry some XP, although you will receive far less for failure. If you are successful you will also receive loot boxes that contain items for your Ryder to use in game.

If sending virtual teams out to do the missions isn’t your style you can jump into the multiplayer and tackle them yourself. The missions are extremely difficult so here are some tips to help you succeed.

Mass Effect: Andromeda’s multiplayer is PvE only, and takes the form of a ‘horde mode’ with increasingly difficult waves of enemies coming at you. You will be placed on a team of four, and it is highly advised that you stick with your team mates because even the Bronze challenges are very difficult towards the end of the round.

After a few waves of survival there are some objectives that you will be tasked with like uploading data achieved by standing within a hot zone, or destroying data links dotted about the map. Aside from it taking much longer to do if you are trying to do each objective on your own, you will also find it hard as enemies are constantly attacking you. Similarly, if you do die there is a small window where your team mates can revive you which is much easier if you are near them when you go down. Stick together and you will likely succeed. Another advantage of sticking with your team mates is you can combine your tech and biotic powers for more powerful attacks on enemies. If you are prepared to use voice chat you can co-ordinate with randoms, or your friends if you are in a party. With weaker enemies a combination of powers will likely destroy them in one hit, it will take more on the larger more powerful enemies so be sure to keep an eye on what your team mates are using and who they are firing it at.

Pay attention to the modifiers

If you choose an Apex mission to attempt it is worthwhile paying attention to the modifers that particular play list has been set. Often you will see things like 100% more melee damage with a 30% reduction in assault rifle damage. By going into the game with this knowledge you will find it much easier to get through the waves, and spend far less effort and ammo!

Watch the weight of your items

You can take a variety of weapons and modifications to those weapons with you into battle, but pay attention to the weight of them as they will affect the recharge rate of your powers. The more powerful weapons you unlock by opening loot boxes generally have more weight to them so if you want to use them, make sure your secondary weapon doesn’t put you over your chosen characters weight capacity otherwise you won’t be able to use your powers effectively. Similarly, different character classes have different weight capacities, so play around with different weapons on different classes to get a build that has a good blend of powers and weapons.

Keep moving and use cover

Much like the campaign, your movement and the cover system is key to survival if you stay too long in the open particularly as you get into the later waves you will be destroyed very quickly. In each level there is usually a fair amount of cover, but you will still need to move around the map as enemies will come at you from all sides. Don’t head to extraction straight away

After six waves you will finally reach the extraction wave. This is a short wave where you have to survive for a minute or so as endless enemies swarm you. If you are in the hot zone at the end of the countdown you will have successfully managed your extraction. You are welcome to head straight to the extraction zone at the start of the wave, however, it is our recommendation to wait until there is about 20-30s left on the countdown because as soon as you move to the hot zone the enemies will target you there. If you are over the other side of the map and then move to extraction you will have a few precious seconds where the enemies have to move over to you as well which can be the difference between managing a full extraction where everyone escapes and a partial one where one or more dies during the countdown. You get a massive XP boost for a full extraction so it is well worth trying to keep everyone alive, so remember to stick together.

Don’t worry, you don’t need to use real money to purchase loot boxes, you can rack up a fair amount of credits very quickly and can use that in game currency instead. Loot boxes contain items like new weapons, mods and new characters as well as consumable items such as medkits, ammo packs and the Cobra RPGs which are very useful for taking down the huge enemies that spawn towards the end of the mission.

So there it is, just a few tips to hopefully keep you alive in the multiplayer. Gold missions are extremely difficult, so keep an eye out and we may have tips on how best to survive those.

Likes to shoot stuff and wear pretty shoes. Is a BEAST at Titanfall.
MORE LIKE THIS
mass effect andromeda