previous
Nirvana Pilot Yume is a scifi visual novel with space racing, out now on Steam
random
next
GTA Online gets festive and a new car comes available
0 comments 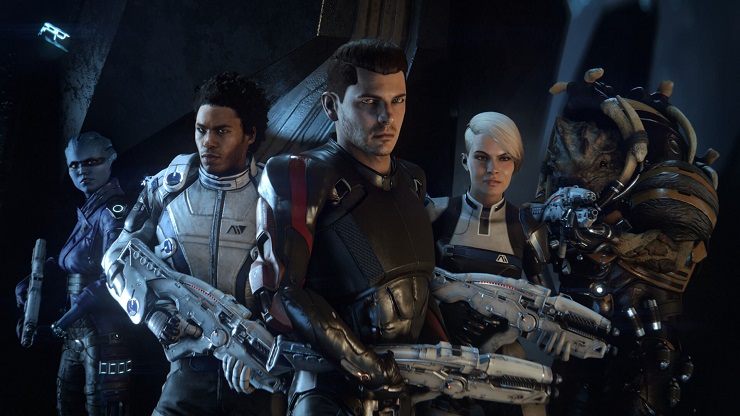 It pains me to write it, but here goes: Mass Effect Andromeda is the biggest disappointment of 2017. It pains me to write it because it is coming from someone who played through upwards of one hundred hours and enjoyed pretty much every hour of the time spent with it, however, there is no denying that overall Andromeda was a huge disappointment for a number of reasons.

Before delving into why Andromeda is the site’s biggest disappointment, it’s worth reflecting on the Mass Effect series as a whole. Bioware’s incredible space opera told over three instalments is one of the most beloved series the Canadian developer has produced, and Mass Effect 2 regularly features on lists of the greatest games ever made. The series featured a rich cast of beloved characters, some of which had emotional story arcs (I’ve still not got over Mordin’s sacrifice on Tuchanka to right a wrong carried out by his people a millennia prior), and told a desperate story of a galaxy in peril. The lead character, Commander Shepard (FemShep of course!) remains one of my favourite protagonists and I will forever have a crush on Garrus. The expectation placed on Andromeda was huge. At the announcement of a new Mass Effect game, the question was overwhelmingly – “Do we need more Mass Effect?” The story had been wrapped up, and the Reapers storyline effectively meant that there couldn’t be another Mass Effect, what with the Milky Way galaxy and all sentient life in it being destroyed and all that. But, it seems we could! All it would take is a few narrative leaps and another galaxy two and a half million light years away.

I enjoyed Andromeda for the most part. The crew took a while to get used to and Ryder isn’t Shepard, but over time I grew to really like her – she’s a lot different to Shepard, she’s younger with a less serious undertone that I felt suited the role she had in Andromeda establishing a foothold for the Milky Way species. The crew also over time grew on me, even the boring Cora and annoying Liam who, surprisingly, got one of the best loyalty missions in the game. I liked the new species the Angara and the enemy Kett had a certain mystery about them. Over the course of my playtime I had developed a number of theories about the mysterious race of creatures that had created the Angara, and what the Kett were actually looking for. I am genuinely sad that we may never get the answers to these questions with the Mass Effect series being “put on ice” for the foreseeable future. But, the biggest disappointment for me regarding Mass Effect Andromeda wasn’t the hit and miss writing that takes a while to find its rhythm, or the sub par facial animation on certain characters, it wasn’t even the poor pacing of the story in the beginning that requires players to slog through about ten or so hours of relatively mundane quests setting up outposts and dealing with political fallouts on the Nexus. The biggest disappointment for me was with the noise surrounding the game both pre and post-launch.

It’s not that I don’t think the criticisms of Mass Effect Andromeda are valid because they are. The story takes ages to get going, way longer than it should do and most players dropped off after five or six hours. It’s disappointing that the good bits only start to come in after you’ve spent ten to fifteen hours of doing mostly chaff quests and slogging through boring story exposition. It’s disappointing that some of the dialogue for the periphery characters feels unnatural and in some cases, terrible. To this day I am still questioning whether anyone has ever said, “My face is tired” to indicate why they are being short-tempered and aggressive. And it’s disappointing that the ambition and scale of Andromeda got lost in the noise of people complaining about those faults. The conversation swirling around Andromeda immediately after launch was incredibly unpleasant. I found the glee that people seemed to be experiencing at the idea that Andromeda was a dud a little surprising; this was, after all, a game from a highly rated developer on a well-beloved series. The breathlessness of the gaming community as a whole at just how “terrible” the game was shocked me. The biggest disappointment for me then, was seeing people happy that a game like Mass Effect Andromeda for all intents and purposes was a failure. And that “failure” translated into the studio responsible for the development being shut down and merged into another one, the cancellation of story DLC and the entire Mass Effect franchise being put on hold, perhaps forever.

I don’t think Andromeda is a bad game by any stretch. It demands a little too much good faith from players to get through the bumpy beginning, but in my opinion it delivers as much as it could do without the security of the familiarity of Shepard and her crew on the Normandy. It’s nowhere near the achievement of the Mass Effect trilogy, but personally I felt that the size and scale of what Andromeda was trying to set up could potentially live up to that legacy if given a little bit of breathing room post-launch. The biggest disappointment for me of 2017, therefore, isn’t that Mass Effect Andromeda didn’t quite deliver on expectation, it is that Mass Effect Andromeda is more than likely the last time we will see a Mass Effect game.

Likes to shoot stuff and wear pretty shoes. Is a BEAST at Titanfall.
MORE LIKE THIS
goty 2017mass effect andromeda