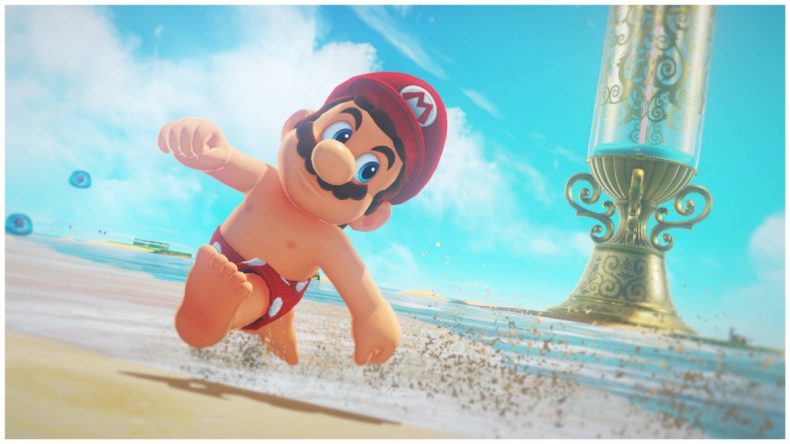 It’s been a really tough year, hasn’t it? I mean, not in terms of games, because it’s pretty much established that 2017 has been stellar in that respect, but Christ, it needed to be: we needed something to shield us from the gloom of… well, everything else. There have been flashes; moments of light that make you realise if you focus less on everything you realise that there are good people doing good things and trying to drag the rest of the world ahead with progress. And hey, you’re not here for my maudlin thoughts – so let’s get to the games.

My top five, then:

Bloody hell, this game. I think there’s some weird blockage in my thought process that won’t allow me to make this number 1 on the list, or maybe it’s just been that incredible a year that it can only sneak in at number five. As a single game, Yakuza 0 introduced me to the entire Yakuza-series, which continued into Kiwami, and although I’ve dabbled and investigated in the past, the modern visuals and original Japanese voices captured me. I’m not a fan of dubbing stuff that doesn’t make sense to dub, you see. These guys are from Japan. They live in Japan. Why would they speak in English? Daft as it sounds, this helped capture, and indeed, enrapture me to the point that I’m more excited for Yakuza 6 than I am Red Dead Redemption 2.

The characters are daft at times, acting bizarrely, but it’s also a game that just gives no fucks about what you think of it. Things other devs and publishers would perhaps cut (soaphouses, for example) are left in. It’s also a game that pings my nostalgia, entering a SEGA WORLD-like arcade (shout out to the old Bournemouth crew) and playing the classics just helps cement a believable world you want to spend umpteen hours in. Don’t pass on Yakuza when given a chance, because it’s incredible, and kind of what I was GTA was like these days. I don’t want to spoil things here, but I’ll just say that NieR goes places and is the kind of game that should be rewarded for doing so. For what it’s worth I actually don’t think the combat is anywhere near PlatinumGames’ best (the depth is there, but you sort of have to customise it to find it), and it’s not the best looking game you’ll play either. But despite the game being about androids and robots, this one has so much heart. It’s insane, of course, because of who made it, but the story that runs through the multiple playthroughs gets deeper and makes your mouth open wider and wider as you give yourself, and your time, to it.

Boss battles are a standout, too, but it’s the “oh my God!” moments that stay with you. The opening of playthrough 2 comes to mind, or the first time you discover your first “false” ending. I say “you”, because I bet your first one is different to mine. And that’s kind of the magic of this game. I’d suggest people skip a load of the side stuff the first time round, and get deep into the game as you play through the second and third times (second one starts well, is a bit weaker overall, but it gets better again after that). This is an incredible game, and feels like the kind of thing that can only exist in gaming. At 8 hours in, back in March I was done with Aloy’s adventure. It felt like a beautiful game, a perfectly serviceable one, but nothing that would blow me away. Cut to early December and I have the platinum trophy for this one. What. A. Game. The poster child for HDR visuals, and although I’m a fan of Guerrilla Games (and Killzone) even I am shocked by how incredible Aloy is. The world is magical, sure, but Aloy is the key to everything. A believable, desperately real figure who just wants to know who she is. Add to that an open world that, for once, I didn’t want to skip journeying through, and enemies that are fun to fight, and you’ve got a game I was happy to drop 40 hours into.

I did everything. I saw everything. No skill tree remained unlocked, no challenge not conquered. People tell me that Assassin’s Creed Origins is terrific, but when I played that I felt like it was another Horizon Zero Dawn, only without all of the things that made me love it. I’m not desperate for sequel, and I could have done without the “after the credits” scene, but I’ll be back to the DLC in the new year, because quite frankly, I can’t get enough of how this one feels.

2) The Legend of Zelda: Breath of the Wild The first truly open world. I’ve said it all year, and I’m putting it here again. Nintendo’s brave new take on Zelda blew my socks off. You can go anywhere and do anything, and that’s been said plenty, but what I think has been underappreciated about Breath of the Wild is how it takes the way we think about games and rips up the playbook. Take that first Lynel encounter. Only this month Gary was mentioning in our Slack channel that he can’t beat it, and it’s stupid how you have to face an enemy that strong that early. But do you have to beat it? I felt like Yoda, dropping knowledge on Luke (Gary is Luke here, and I think he’ll like that). Why do you have to beat the Lynel? Where does the game tell you that you even have to fight it? I could feel his mind opening. “Jesus Christ, Adam is a genius”, I’m sure he thought. “He’s like Yoda!”, I’d bet he mused.

Whatever you think you have to do, there’s another way. Breath of the Wild offers you the tools to do anything and never nudges you about how to do things differently. Sure, you could burn down that harsh, prickly hedge that’s blocking you. But what about if you just somehow found a way to float over the top of it and glide down instead? Breath of the Wild will change the way open worlds are made, because being a gamey “Do X to allow Y” might have worked in the past, that just isn’t going to cut it anymore. What an incredible journey. It had to be, really, didn’t it? I said on our GOTY deliberations podcast that this game was what the world needed, and I’m going to, perhaps arrogantly, quote myself here: Odyssey divests itself of the world’s problems and just says “come play me, I guarantee you will feel better”. And I bet that was the same for everyone. There’s something to be said for a game that is as simple or as complex as you want it to be. There’s something to be said for a game that allows you to progress however quickly you want, and then give you more even when you think you have had enough. Can you honestly say you have ever smiled as much playing a game as Odyssey? New Donk City… the ending… the bit after the ending… the list goes on.

I had some serious concerns about Odyssey before the review code came in: it seemed so much like Sunshine, and that game was good at the time, but has not aged well at all. But goodness me, Odyssey might finally be the game that makes me say I prefer the 3D Mario titles to the 2D ones. It’s too early to tell, but there’s not game this year that felt as close to perfection as this one. Universal appeal is not to be taken for granted, and enjoying this with my children was the biggest pleasure of 2017. Watching that ending play out together, our shared passion of games spilling out of our dumbfounded, gleeful faces: smiling, happy, content. It’s what I needed. It’s what we all need: something to help us forget. Thanks Mario, you’ve always been there, and I suspect you probably always will be. Glorious.

Editor-in-Chief here at GodisaGeek, I organise almost every bit of content as well as running our weekly Podcast, and being the lead producer on our YouTube Channel. That means I'm very busy and sometimes grumpy. Yay!
MORE LIKE THIS
goty 2017