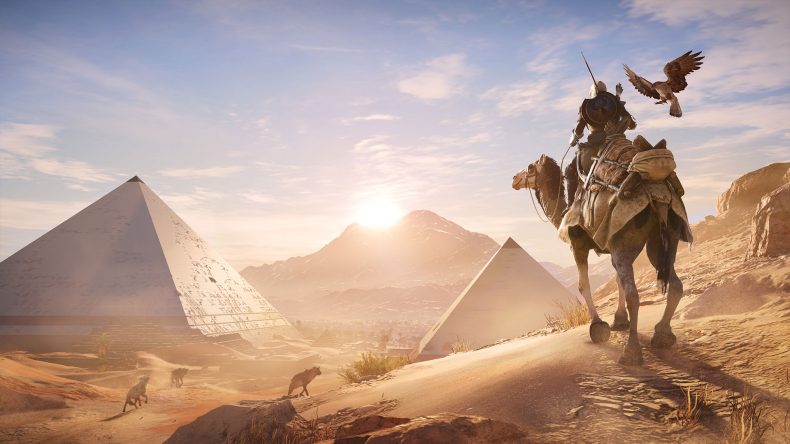 2017 has been another fantastic year for games, and while I have done better than most years in playing a few of the bigger and more widely regarded games, there are still an awful lot that I have missed out on, largely in part because until Christmas day I didn’t own the console they are out on.

There are also a few games that could well have made this list if I had played enough of them, but sadly I haven’t and therefore can’t made an accurate judgement – Hellblade: Senua’s Sacrifice is one such game. I really like what I have played so far, but I just haven’t played nearly enough to confirm it is in my top 5. Andromeda won’t feature on my people’s lists, but it is a game that I have enjoyed a great deal this year. I couldn’t wait for it to come out and while it disappointed me in many ways, I still think it is a good game. The scale and scope of what the team at Bioware was trying to achieve is impressive and barring a few missteps particularly at the beginning I think that they largely managed to achieve it.

It took me a while to warm up to my new crew, but after spending many hours with them I actually really liked them all. I still found Cora a little boring, and Liam annoying, but even he grew on me in the end.

I had loads of theories about who the mysterious Kett were, and there are many unanswered questions about why the Angara were created by the mysterious ancient technology that Ryder and her team find scattered across the various planets in the galaxy. In short, I became invested in the world of Andromeda, and I am sad that we are unlikely to see any resolution to the seeds that were planted. The best thing about Origins is the world building Ubisoft has done. Ancient Egypt is a fascinating place, and spending time in in it is a real pleasure.

I don’t like the combat much in Origins, but it has improved from the previous games. It feels a little weightier and more nuanced. The writing has also improved with interesting side quests that have encouraged me to explore the world. Also, there is photo mode, and to be honest any game that has me spending hours upon hours taking pictures of the world is a definite winner for me. Rainbow Six Siege is a two year old game but it is, in my opinion, the best multiplayer game out at the moment.

I’ve bounced in and out of the game since launch mainly due to a truly awful community that initially when I played on Xbox saw me kicked as soon as I spoke in the lobby. I’ve subsequently found a squad of players on the PlayStation and while the community is still toxic with a lot of team killing and nonsensical votes to kick individuals, playing with a team of people has improved the game experience immeasurably.

It sounds weird having a game that is so unwelcoming to players on a game of the year list, but the core gameplay of Siege has absolutely consumed me for most of the year. There is an enormous learning curve to get through and even now at clearance level 72 and goodness knows how many hours I am still learning how to play it. The constant stream of new content over the two years in the form of new operators has meant that the internal meta of the game is constantly evolving so the gameplay never gets stale. Wolfenstein came out of nowhere for me. I had played a little bit of The New Order and thought it was very good, but I certainly wasn’t expecting The New Colossus to be vying for Game of the Year.

The story takes you to some ridiculous places and there are moments that are laugh out loud funny. The cast of characters is really strong with each one seemingly managing to get a standout moment in the story. Each one feels like a fully fleshed character and I connected to each one, even B.J. who should be nothing more than an efficient killing machine. Horizon is my number one game of the year. It is far better a game than it has any right to be, borrowing heavily from games that we have played before, but Guerilla has taken those ideas and crafted a game that consumed me for the best part of the year.

The story had me intrigued, and while I accept that there are some criticisms around the cultural appropriation of Native American culture that Guerilla tried to address, I found the situation the Nora and the other tribes of people were in suitably compelling. The idea that something cataclysmic had happened on Earth centuries prior fascinated me, but contrary to most apocalyptic stories the world post tragedy is lush and beautiful, but now with the added danger of machines mimicking organic life.

Anyone that follows me on Twitter will know that I spent an obscene amount of time in photo mode and this is in no small part because the world of Horizon is insanely beautiful. I loved just spending time in the world occasionally doing story or side mission. Aloy is one of the best characters I’ve played as and I have a teeny tiny crush on her after playing as her over many hours.

I did everything in the world of Horizon, securing my second only platinum. It takes a rare game these days for me to go hunting those trophies / achievements and Horizon managed it effortlessly.

Likes to shoot stuff and wear pretty shoes. Is a BEAST at Titanfall.
MORE LIKE THIS
goty 2017