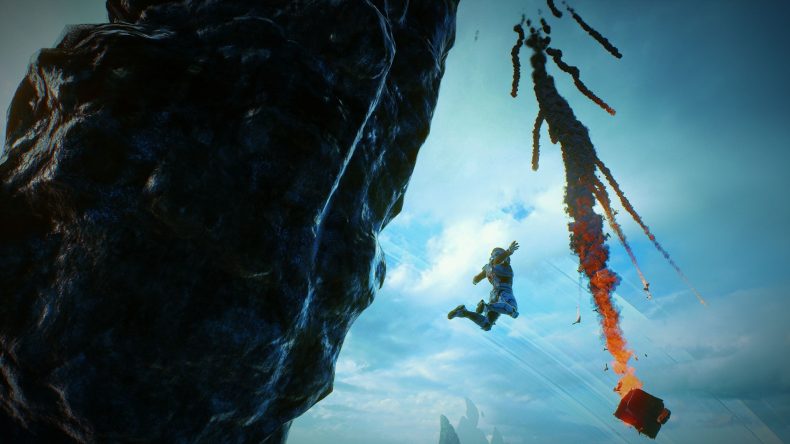 BioWare’s recent announcement that Mass Effect Andromeda won’t be seeing any future single player DLC won’t come as a surprise to anyone with even a slight awareness of the public’s perception of this game since its turbulent release in March, but the decision to officially pull the plug on future story content is still an unsatisfying end for the fourth entry in the series. From a poisonous atmosphere during pre-release, to dodgy facial animations, mixed reviews and a clearly troubled development cycle, Andromeda had experienced a rough old life, and whilst a commitment to its multiplayer component will be honoured, it seems as if BioWare and its publisher EA may have washed their hands of the Andromeda galaxy after one entry.

That isn’t officially confirmed, of course, but reading between the lines of BioWare’s statement released on the series’ website which stated that any future stories within this world would be in the shape of novels and comics, it’s clear that the developer is in no mood to commit to any sort of sequel, despite the decision to shape Andromeda’s conclusion with a follow-up in mind. Reading Jason Schreier’s Kotaku feature on the game’s development again, it’s a wonder MEA made it to release at all; massive issues with the Frostbite engine, a lack of resources, rescoping gigantic parts of what Andromeda was even supposed to be with…it all sounds like a gigantic mess. That showed in some aspects of the finished product in more ways than one, with a litany of bugs, texture pop-in and visually unimpressive NPCs all present when the game launched in March. This was all predictably latched upon by a community that takes an odd kind of pleasure in ripping things apart, and that in turn created an unshakeable perception that Andromeda was a disaster.

Which it isn’t. Sure, it’s the result of an unfocused development cycle, it doesn’t reach the heights of its predecessors and the sizeable updates and patches rolled out since its release suggest that Andromeda would have massively benefitted from a few more months’ worth of testing, let alone development, but the end result was still a good game. It offers the best, most fluid combat that the series has seen to date, a lighter, less serious narrative, visually appealing worlds to explore and BioWare’s reliable ability to craft an interesting cast of characters and love interests. Oh, and the Nomad, which was a six-wheeled metallic jumping blob of joy, unless you got it caught in a space ditch. Regardless of where your own feelings lie in regards to Andromeda, there’s no doubt that BioWare has caused themselves problems with how they’ve handled this latest entry in the series. The reaction to ME3’s admittedly awkward conclusion back in 2012 was wildly excessive, and whilst the gaming community has frequently displayed a worrying sense of entitlement, been prone to vitriolic outbursts and can easily descend into childish strops, it should have been painfully clear that Andromeda wouldn’t get an easy ride from anyone if it wasn’t up to snuff. Critical and public tolerance for games that ship with technical issues on this scale is at an all-time low, and whilst this isn’t the first ambitious RPG to launch with slightly wooden faces and some game-breaking bugs, and however unedifying and unnecessary the poisonous backlash it received was, releasing Andromeda in its original state was asking for trouble.

Where the series goes next is anyone’s guess. It wouldn’t make sense to kill the series outright, and there’s no suggestion that either developer or publisher would be willing to do that, anyway. The return of Casey Hudson, project director of the original trilogy to BioWare earlier this year means that the company has someone capable of putting its beloved and most famous original IP back on track, too. But with Dragon Age 4 in development, and BioWare clearly keen to grab themselves a piece of that MMO shooter pie with the recently revealed Anthem, Mass Effect could be well served by taking some time out of the spotlight and being re-evaluated. Still, it would be a shame if fans never get to return to this galaxy, because Andromeda, despite its issues, still managed to provide a world worth your time and effort. Coming in, I was hoping the game would provide a fun time with friends in lush locales with a spaceship, and that’s exactly what I got. The Tempest’s crew are a varied bunch with their own quirks, foibles and needs, with one particularly heart-warming team-bonding quest towards the end of the game provoking a lot of those things commonly referred to as ‘feels’. Crucially, Andromeda still felt like a Mass Effect game, with everything that entails; an interesting plot, plenty to see and do and an engaging cast of characters to do it with. It suffered from the same issues that the series’ debut did, namely technical mishaps and the burden of launching a new story, but now the game’s performance and oft-criticised visuals have been enhanced and improved, now is as good a time as any to give Andromeda a try, if you were holding out.

Whatever the future holds for Mass Effect, BioWare will be under no illusions as to how their audience will react if they don’t nail the next entry in this series, regardless of where they choose to set it. A sequel to Andromeda doesn’t feel like it’s outside the realms of possibility somewhere down the line, not while we live in a world in which Two Worlds II exists, but it’s laced with risk given how people have responded to their first visit to this galaxy. The aforementioned return of Hudson also provides BioWare with the presence of someone who gets this series. He knows what it takes to make a successful Mass Effect game, and this tweet suggests that the man himself doesn’t see that his involvement in the series has finished. For now, Andromeda remains a good game handled in a haphazard manner, and without wanting to cast judgement on a developer’s decisions during a process that we’re simply not privy too, it’s clear from Andromeda’s launch that the next entry in the Mass Effect series needs to be handled far more carefully.