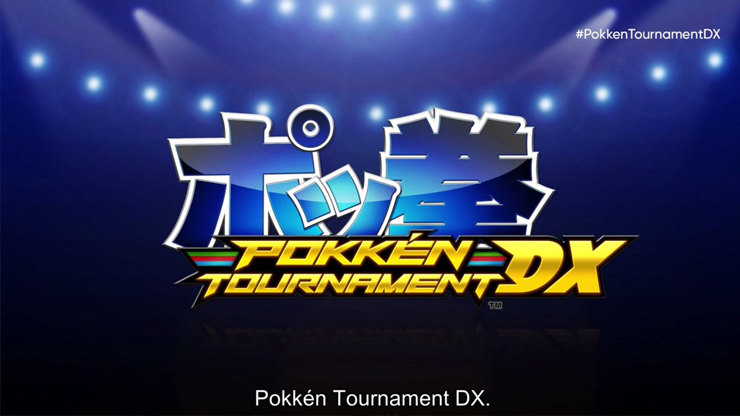 The Pokémon Company just announced their first game for Nintendo Switch in the Direct. If you want to watch all the announcements, watch them below:

Pokken Tournament heads to Nintendo Switch in the form of Pokken Tournament Deluxe. This will include new Pokémon and there will be a playable demo from next week. The full game features the following:

Play Pokkén anytime, anywhere on Nintendo Switch – Play Pokkén Tournament DX in TV mode, handheld mode, or share a Joy-Con controller with another Trainer to battle one-on-one in tabletop mode anywhere!
A brand-new fighter — Decidueye enters the battle, alongside all previous Pokémon from the Wii U and arcade versions.
New Support Pokémon – Litten and Popplio make their debut to lend their support in battle.
Team Battle mode – Pick three Pokémon and battle it out to be the first to defeat all your opponent’s Pokémon to win in the new Team Battle mode.
Group Match mode – Find similar skilled players in battle rooms for intense and fun battles online.
Daily Challenges – Complete a variety of different daily challenges.
Watch battle replays – Hone your skills by watching other players’ replays and share your best matches online with the new replay feature.
Jump straight into battle – All characters and Support Pokémon will be available right from the start of the game.

Read our review of Pokken on Wii U here.

Pokken Tournament Deluxe will be available on Nintendo Switch on September 22.