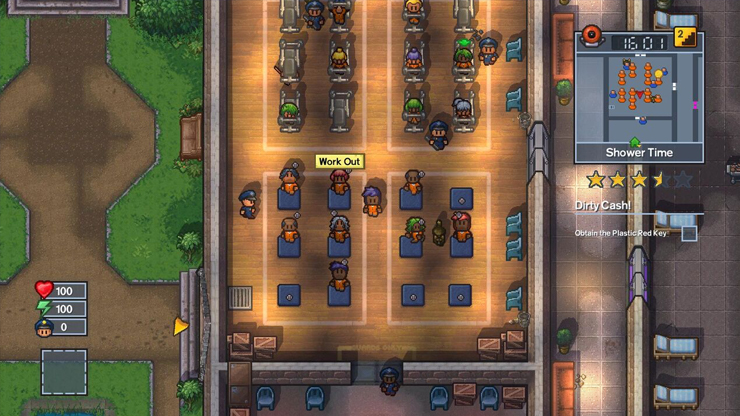 The Escapists 2 releases on August 22.

Team17 and Mouldy Toof Studios have announced preorder bonuses in addition to the release date for The Escapists 2. The PS4, Xbox One, and PC versions will release on August 22 and you can preorder them for £19.99 from Steam for PC and select retailers on consoles. There will be digital preorders on consoles at a later date. Preordering nets you an additional prison called The Glorious Regime. Watch the preorder trailer below:

The Escapists 2 will release on PlayStation 4, Xbox One, and PC on August 22. The Nintendo Switch version will release later.

The Escapists 2 gets a new Multiplayer trailer

Break out of prison again with The Escapists 2