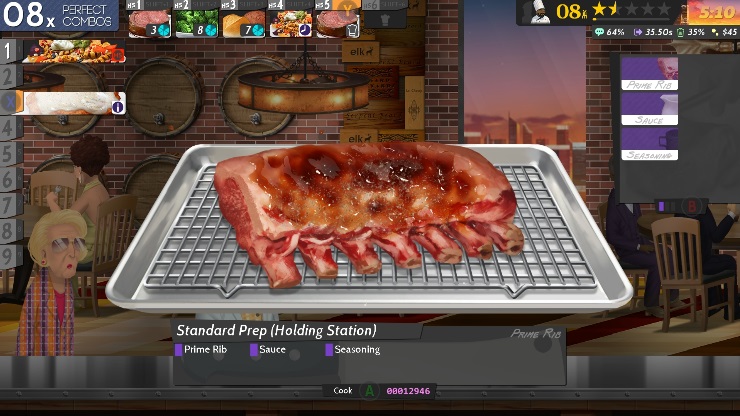 Cook, Serve, Delicious! 2!! was set to launch on PC platforms on August 24. It has now been pushed back to September 13. David Galindo, lead developer, said they wanted to not do a disservice to fans by releasing now and fix later as is the case with many releases on current platforms. Here’s what he had to say:

“While the common trend in game development these days is to release first and fix later, I feel like that would do a huge disservice to all the fans that have been waiting so patiently since I first announced Cook, Serve, Delicious! 2!! back in 2015. The last thing I want is to have a rushed, buggy launch, and that’s exactly what would happen if I kept to the original deadline. I apologize for the delay, but as I get closer to finishing the game I’m realizing just how huge this game really is- it is on a scale that I didn’t plan for in the beginning of development. It is easily the biggest and best game I’ve ever made, and I can’t wait to not only launch it but support it with lots of post-launch content.”

I’ve played a ton of Cook, Serve, Delicious! on iPad but will definitely be getting this day one on Steam. I hope it eventually shows up on iPad because it would play brilliantly. It is scheduled to come to PlayStation 4 at a later date as well. Watch the trailer below:

Cook, Serve, Delicious! 2!! will release on Windows, Mac, and Linux on September 13.