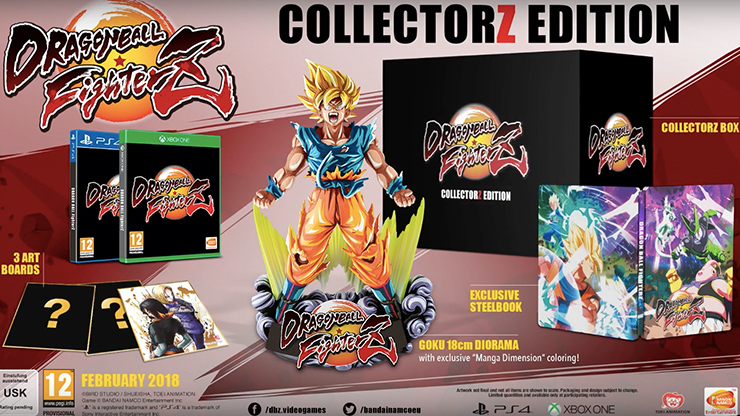 Firstly, the game will be released on PS4, Xbox One, and PC in February 2018. The new trailer can be viewed below:

There’s a CollectorZ Edition that has a nice statue, the game, a SteelBook, art boards, and a collector’s box. The CE will be only for PS4 and Xbox One. Preordering it nets you early access to the January Open Beta and early unlocks for 2 characters and 2 exclusive lobby characters. The closed beta takes place on September 16 and September 17. You can register for it on PS4 and Xbox One from today.

DRAGON BALL FighterZ will release in February 2018 for PS4, Xbox One, and PC.