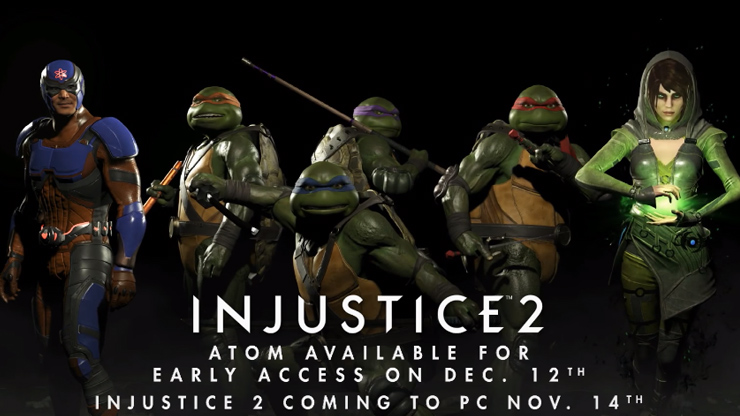 Injustice 2’s final DLC characters will release in December and the PC version releases on November 14.

Warner Brothers and Netherrealm released a new trailer for the final set of DLC characters in Injustice 2. They also confirmed the release of the PC version with a November 14 date. Watch the trailer below showing off The Atom, Enchantress, and TMNT:

Injustice 2’s Fighter Pack 3’s The Atom hits early access on December 12. It is included in the Ultimate Edition.

Injustice 2 is available on PlayStation 4 and Xbox One. It releases on PC via Steam on November 14.