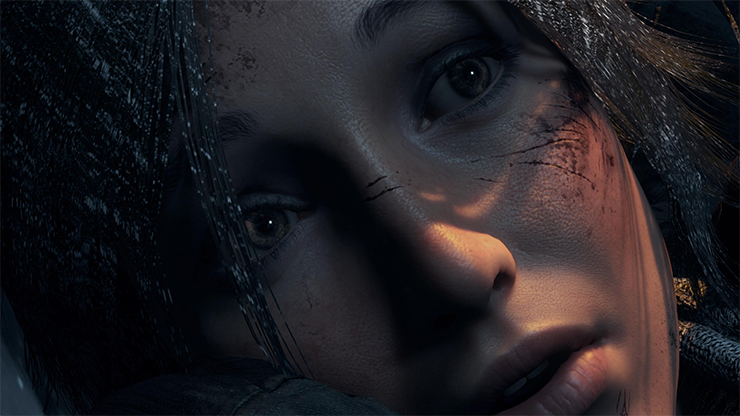 I went to a Kensington penthouse the other week to play and record footage for a bunch of games being played in 4K on Microsoft’s upcoming Xbox One X. It was an odd experience, and for some reason Forza 7 wasn’t there, but I still got to play Middle Earth: Shadow of War, Assassin’s Creed: Origins and Rise of the Tomb Raider, and I came out with these seven thoughts. No more, no less.

The Xbox One X is a luxury item

The Xbox One X is not cheap – it’s £450, which is a lot even for your mate Steve who’s in the higher tax bracket. Your normal everyday parent or part-time games player who looks for a bargain and scoffs at anything that takes more than a week to save up for is not going to pay much attention to the X. But Microsoft, at least for the time being, is taking that into account – this is being pushed as a luxury item for enthusiasts (and those who can spare a big wodge of cash in one transaction), and the rest of the Xbox One family (well, the S) is still being pushed for the 99%. Shadow of War looked up-rezzed and not much more

It’s fantastic fun smashing orcs in the face – not that I knew what I was doing initially, having never played Middle Earth: Shadow of War until turning up to this event. But I wondered if I was seeing something wrong through my eyes as I did play, as this didn’t look to my puny brain to be anything more than a bit of an up-rezzed version of the original release. Great fun and nice to look at, but not something that would blow anyone away – even if the floors do look better on Xbox One X than on PS4 Pro.

The Xbox One X will fit in my TV stand

I still don’t understand how Microsoft went from the original Xbox – literally the size of a First World War tank – to the Xbox 360’s sleek curves, to the Xbox One being literally the size of a Second World War tank. We’ve had the Xbox One S since, but I didn’t get one of those. The Xbox One X, however, I have pre-ordered, and I’m pleased to say it is smaller, it looks sleek, and it will indeed fit in the TV unit of my games room. Ah, ventilation clearance – it’s been a while. I mean, it’s gorgeous and we’ve never seen ancient – or modern Egypt look better in any game anywhere ever, but using sand to show off the power of a new console is a bit odd. Everywhere you look there’s sand. Sand, as far as the eye can see. Sand, sand, SAND. Some stunning stitch-work on the outfits, mind you. Nobody could grab footage from Origins, though, which means this was a much earlier version of the game than Ubisoft was going to show publicly – as such I’d wager it’ll look even better when it’s finished. (It does, the game is out now and looks lovely).

Some may argue this isn’t a point about the Xbox One X, and they’d be right – but still, I played all three games on curved 4K TVs, and I have no idea what the point in them is. Did I feel more immersed? No. Did it help with glare? The blinds were shut anyway. Did I worry the telly was about to snap at any moment? Of course. Weird, pointless things, even with pretty games playing on them. Just as I was expecting to leave Microsoft’s penthouse – not a euphemism, they literally have a penthouse (full disclosure: I had one can of full fat Coke) – without having seen anything to blow my tiny mind, an older game came along and blew my tiny mind. Rise of the Tomb Raider looks absolutely phenomenal in 4K, with the perfect marriage of sheer graphical clout and gorgeous artistry to make it the sort of thing you’d actually want to show people while pointing and going “see! This is why I spent hundreds of pounds on yet another box of electronics!”

The Xbox One X is worth the money*

*If you fit a specific criteria – that being: you have the money freely available; you have a 4K TV; you don’t already have an Xbox One or (especially) Xbox One S; you really desire better floor textures than the PS4 Pro. If you don’t precisely fit said criteria, your mileage may vary – it’s a fine effort for a console and will only get better with time, but it’s held back by the fact the original Xbox One still exists and games will have to work on both. As such it can only ever be a luxury item; something for the enthusiasts among us. As I think Microsoft would be first to point out: regular, everyday people in the market for a Microsoft console should stick with the Xbox One/S for the time being.

MORE LIKE THIS
Assassin's Creed: Originsmiddle earth: shadow of warRise of the Tomb RaiderXbox One X