previous
Death Road To Canada is coming to PS4, Xbox One, and Nintendo Switch
random
next
Xenoblade Chronicles 2 has shipped over 1 million units in less than a month
0 comments

Learn how to fight in our UFC 3 guide 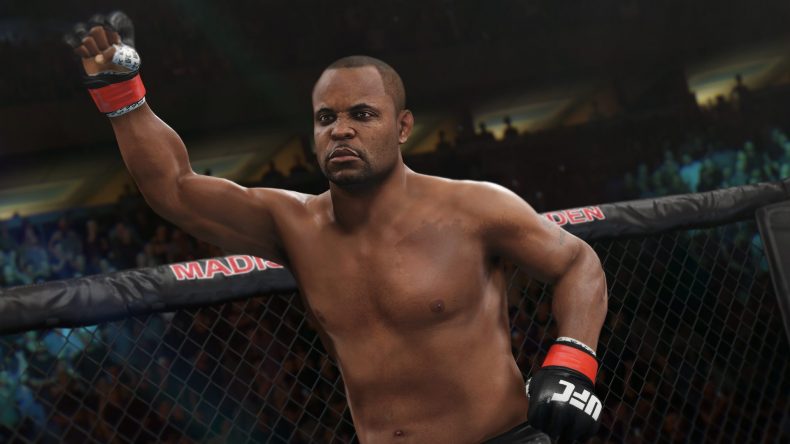 UFC 3 is a magnificent MMA video game, but it can be tough learning the ropes, especially if you’re a newcomer to the series. We’ve got a few tips to help you make the most out of your first few bouts inside the Octagon, as well as some pointers on getting the best results in the overhauled career mode. You can thank us when you become the champion, but for now, have a read and become the G.O.A.T. by following these simple steps.

Take your time to strike

It can be impulsive and instinctive to go hell for leather on an opponent, especially when you knock them for six, leaving them stunned and vulnerable, but taking a read of your opponent before you even lift a finger can be just as important of landing a significant strike. Watch their footwork, when they throw a punch or a kick, and try to block their takedowns or grapples by holding the right trigger and pulling the right stick down. When you’ve spent some time watching them, do whatever you feel will be best to get the upper hand early on. Patience is a virtue, and it makes a huge different.

Pick out a weakness

Leading on from the previous tip, find a body part and work it down. For example, if you take out the legs, it’ll slow your opponent down and cause them to change tactics. If their legs are hurt, they’ll throw punches, sometimes risky hooks or jabs, and blocking them will be easier. It’s also great to focus on doing damage to the legs because it’ll be easier to knock them down. If you do damage to the head, you cut them, or cause some swelling, meaning they’ll struggle to see a strike coming and even block them. Be cerebral, be tactical, be the best. If you land a strong strike, following it up with a flurry of stronger strikes can wear your stamina down. However, by doing this it’ll tire you out, and even though you may have landed a great punch, they’ll fight back stronger, or even take you down. With little to no stamina, you’ll find it harder to recover and your offensive will be weak and ineffective, so try not to wear yourself out. Ever fighter is in the UFC for a reason, and nobody is a pushover.

If you find yourself on the ground, lots of movement can wear you out as well. Make use of holding your opponent (pressing the right trigger) and countering their movement by matching it with holding the right trigger and moving the right stick in the direction they’re moving. Try to transition at the right time, and if it doesn’t feel right, it isn’t the right time. It’s important not to panic on the ground as well, and even though the threat of a submission is always there, your stamina bar will deplete if you constantly try to move. Also, at certain moments you are given the option to get up. By pressing L1 when that option isn’t presented, you may still be able to get up, but don’t hold it down at every position because it could mean your missing out on an advantage point.

I’ll admit that the submissions are difficult to break out of but breaking free isn’t impossible. There are 5 stages to every submission attempt and trying every direction during each stage will almost always mean you’ll be unsuccessful. Try pressing up, then way they break it, move to another. After they block that direction, go to the previous direction you chose, and it’ll follow on from however far you managed to get. It’s a very quick mini game, and it feels like it all happens in a heartbeat, but if you’ve got a level head there’s always a chance. Always keep your guard up

This may sound simple but holding the right trigger to keep your guard up is vital. Always hold this button between your strikes because it could be the matter of life or defeat. If you find that your opponent likes to attack the body, react fast and press the left trigger because it’ll protect your midriff. Certain fighters hit hard, and one strike can knock you down, or even out.

In career mode you get 100 points for every week you prepare. Always go for the highest number of weeks, because it’ll make sure you’re as fit as you can be. It’ll also mean the money rolling in will be high, and the more moves or perks you can learn will give you the best advantage in the fight. It allows for failure in the challenges to not impact the outcome of your preparation too much, and if you’ve got a whopping 6 weeks to prepare, you’ll be able to have another pop at the challenge. Although the promotion can seem arbitrary at times, they will benefit how much hype you’ll garner, and that means more money to spend in gyms. Save physical therapy till the last week

Certain training can cause minor injuries and some wear and tear, thus lowering some of your stats. By saving the last 70 points of your final week, a trip to the doctors will cleanse all minor injuries. It can mean the different between a whole point in any of the four stat categories. It may not sound a lot, but your statistics are massively important, and could affect the outcome of that big fight drastically.

Listen to your opponent and your commentary

There are some sound settings in the menus that let you change what you hear in fights. For example, you can choose a setting that mutes the commentary and allows you to hear your opponent. This will let you hear to their grunts, and subsequently how they are feeling. You’ll be able to hear if they’re weak, or struggling with low stamina, meaning you don’t always have to look at their stamina bar if you’re too engrossed in the fight. Likewise, focusing on the commentary can give you an idea of where an opponent might be week, as they’ll notice things you may not be paying attention to. It’s a small feature, but it can make a huge difference to the more focused player.