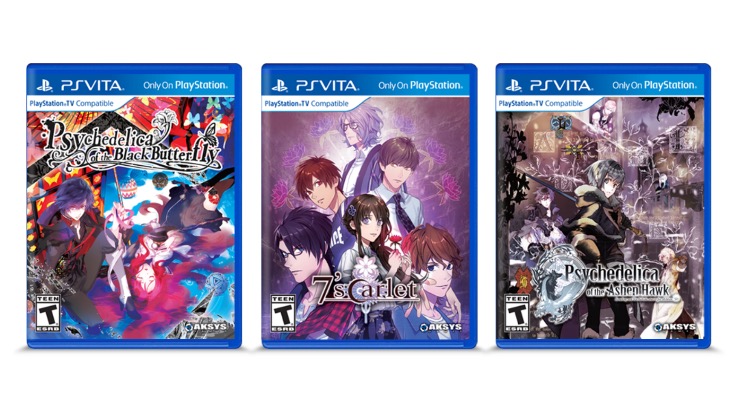 Aksys does some fantastic work not just on Vita but for the otome genre as a whole.

At the end of this month, they are bringing out Code: Realize ~Bouquet of Rainbows~ on PS4 and Code: Realize ~Future Blessings~ on the Vita. April, May, and June will see all new releases from them on the Vita in the form of three visual novels. The releases are Psychedelica of the Black Butterfly in April, 7’scarlet in May, and Psychedelica of the Ashen Hawk in June. If you buy all three and live in North America, they have a set of collector’s pins you can get.