previous
A chat with comedian Rob Beckett about his new show, Playing for Time
random
next
Take down the Seeds with these tips for Far Cry 5
0 comments 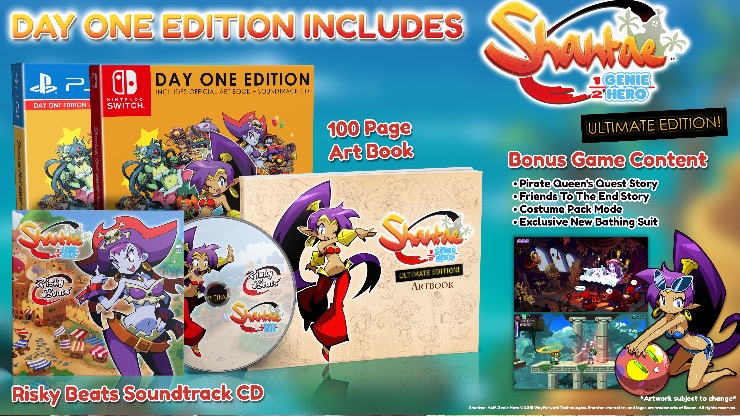 Shantae: Half-Genie Hero – Ultimate Edition that includes loads of bonuses and DLC will release physically in Europe on PS4 and Switch on April 27. The Day One Edition includes an OST disc and 100 page artbook. The ultimate edition includes the following:

The game itself
All former DLC extras including the Pirate Queen’s Quest story expansion, the Friends To The End story expansion, Hard Core Mode
The Upcomign Costume Pack mode
All former “Backer-Exclusive” content from the hugely successful 2013 Kickstarter campaign, enabling everybody access to the Tinkerbat Transformation and colour swaps
An exclusive blue swimsuit costume not available in any other edition

It is up for pre-order here.

Shantae: Half-Genie Hero – Ultimate Edition Releases on April 27 for PS4 and Nintendo Switch in Europe. The USA release is being handled by XSEED Games only on Nintendo Switch. Read my review of the original release here.

Ryuko and Satsuki get introduction videos for Kill la Kill – IF