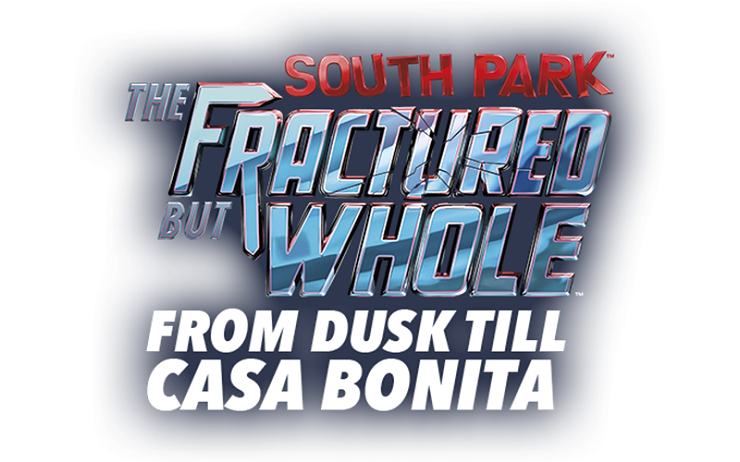 The DLC for South Park: The Fractured But Whole has a name too long for our headline, but it’s due in two weeks. Every cloud as they say.

From Dusk Till Casa Bonita will add a new story campaign where the Vamp kids of South Park have taken over Casa Bonita – Cartman’s favourite restaurant. You’ll be able to battle them with the brand new Netherborn class. There’ll be new powers, loot, a companion and all of it will be available to use in the rest of the game.

The DLC will release across PS4, Xbox One and PC

A lover, not a fighter and an all round good guy (he would say that, he wrote this after all), he's happy to be here as part of GIAG.
MORE LIKE THIS
PCPS4South ParkSouth Park Digital Studios