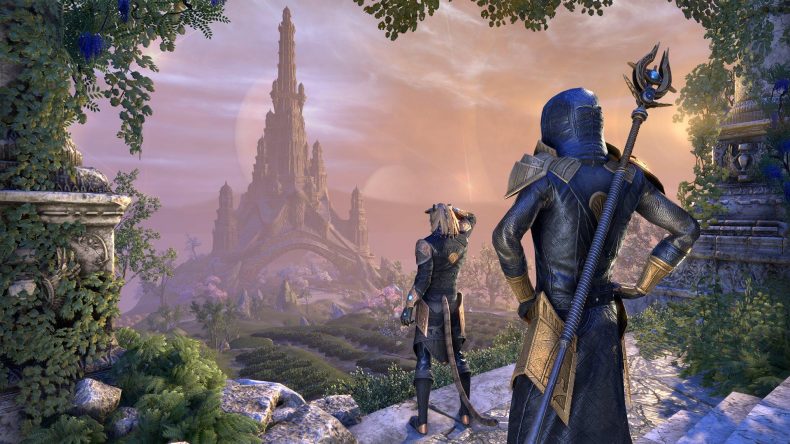 Good news for PC fans of The Elder Scrolls Online, as the new Summerset expansion arrives today in early access. A full two weeks before the console release, no less. Today’s release is accompanied by another stellar cinematic trailer:

Set on the beautiful isle of Summerset, not seen since The Elder Scrolls: Arena in 1994, this new expansion comes with a brand new quest line in this new area, plus many other new side quests. You can also join the Psijic Order for the very first time, learning their skills for yourself.

“By the decree of Queen Ayrenn, the secretive Summerset Isle is now open to foreigners for the first time. Journey through the island’s lush forests, tropical lagoons, and ancient coral caves in this new zone that is even larger than last year’s massive Morrowind addition. Seek out the mysterious Psijic Order, a secret society of mages on the island of Atraeum, for a new Skill Line with powerful, time-bending abilities. Don’t forget to climb Summerset’s highest peak to the city of Cloudrest, and band together to tackle enemies in a challenging 12-player trial.”

The Elder Scrolls Online: Summerset comes in standard and Digital Collector’s Edition flavours, plus a physical Collector’s Edition that includes a collectible Mephala statue, among other goodies, both physical and digital. It’s out now in early access for PC/Mac, with the full release across PC/Mac, PlayStation 4 and Xbox One on June 5th.