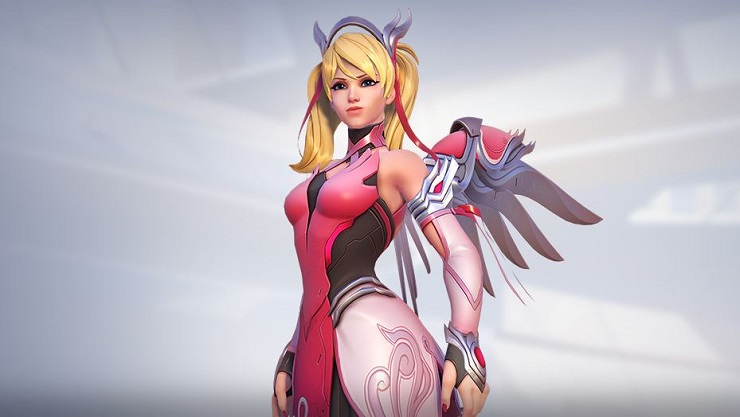 UPDATE: Eurogamer reached out to Sony for a comment on this, and Sony vehemently deny they are taking a profit from the Mercy skin. with a rep stating “We are not making any profit from sales of Overwatch Pink Mercy Skin.”. However, Eurogamer have asked for clarification as to where the £2.87 from the price is going and are yet to receive a response (at the time of writing).

Blizzard’s Breast Cancer Research skin for Mercy in Overwatch seems to be generating profit for Sony on PSN.

Yesterday Blizzard released a pink skin for Mercy in Overwatch with the goal of all proceeds going to the Breast Cancer Research Foundation (BCRF), however, upon looking at the listings for the each platform’s digital store it appears that might not be the case.

It’s no surprise that Blizzard’s Battle.net platform is donating 100% of the value to the BCRF as it’s a storefront that Blizzard themselves control, and it’s a great gesture on their part to create this skin in the first place to raise funds for this charity. If you go through to them you’ll notice they’re also selling t-shirts as well, have a look, it’s for a good cause. Microsoft’s Xbox Live service also states that 100% of the purchase price will be going to the BCRF, showing Microsoft’s dedication for ensuring the maximum charitable donation goes to a good cause.

However things are a bit different if you check out the listing on PSN, and it differs from store to store. The biggest issue is the UK PSN which states that £10.12  will go to Blizzard to donate to the BCRF, that signifies a 22% cut has been taken from the RRP of the skin’s purchase price of £12.99. The US PSN listing however is slightly different, but clearly has an issue with it’s wording. On this listing it states that 100% of what Blizzard receives from Sony will be donated to the BCRF, once again indicating that the entire purchase price will not be donated. It could be an error in the wording, or possibly an algorithm issue calculating a price for a cut where there shouldn’t be one, but it’s not a good look for Sony to be possibly taking a cut on a digital item specifically designed to donate money to a charity dedicated into research of one of the biggest killers of women.

I hope Sony clarifies what exactly is going on here, and promptly rectifies it to ensure the full value of any purchases of the special skin goes to the BCRF, as this is really out of order on their part. We will also update this when anything changes or if we get any details clarified.

A lover, not a fighter and an all round good guy (he would say that, he wrote this after all), he's happy to be here as part of GIAG.
MORE LIKE THIS
Activision-Blizzardbattle.netBlizzard EntertainmentMicrosoft