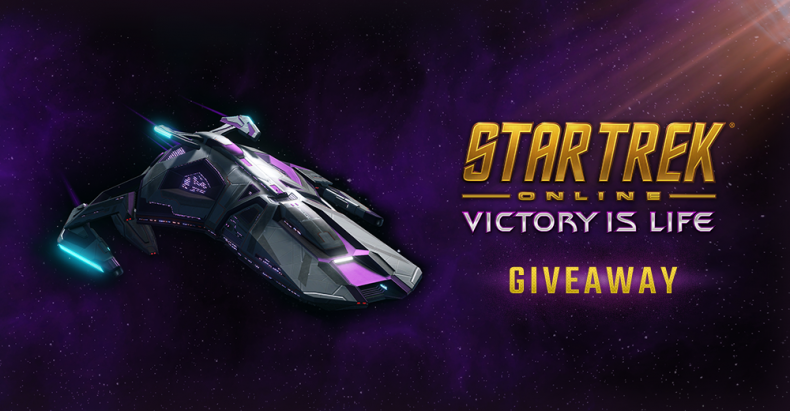 Star Trek Online: Victory is Life launched last week, which sees the Dominion return to Deep Space Nice, in an interesting turn of events. Although we don’t want to provide any spoilers, but we have played through the expansion and it’s safe to say these new episodes some of the best stories ever to reach STO. The Victory is Live arch play like genuine episodes of DS9, fantastic for fans of the show!

Of course we see the return of Quark (Armin Shimerman), Odo (René Auberjonois), Kira (Nana Visitor) and nine other characters voiced by the actors who originated the roles on Star Trek: Deep Space Nine. Our last giveaway in April was really successful, so we’ve teamed up with Perfect World to provide you with another one. Don’t miss out! Keys are expected to go fast… To Redeem Your Code:

* Players must log into Star Trek Online with a character that has completed the tutorial and claim the Jem’Hadar Vanguard Species from the C-Store, prior to creating a Vanguard captain. Please note that this code is only eligible for the PC version of Star Trek Online and can only be redeemed by one character on a single account.

Star Trek Online’s fourth major expansion, Victory is Life, is now available on PC. The update takes Captains on a journey to the Gamma Quadrant, where they will team up with crew members from Deep Space Nine to battle the Hur’q. The expansion also introduces a brand new Jem’Hadar playable faction, increased level cap, seven new episodes and an all-new Gamma Quadrant Sector Battlezone.

Star Trek Online is a free-to-play massively multiplayer online game where players can pioneer their own destiny as Captain of a Federation starship, become a Klingon Warrior and champion the Empire through the far reaches of the galaxy, or rebuild the Romulan legacy as the commander of a Romulan Republic Warbird. In Star Trek Online, players have the opportunity to visit iconic locations from the popular Star Trek universe, reach out to unexplored star systems and make contact with new alien species. Star Trek Online is currently available on PC, PlayStation®4 and Xbox One.

Would definitely risk it, for a chocolate biscuit.
MORE LIKE THIS
GiveawayStar Trek Online