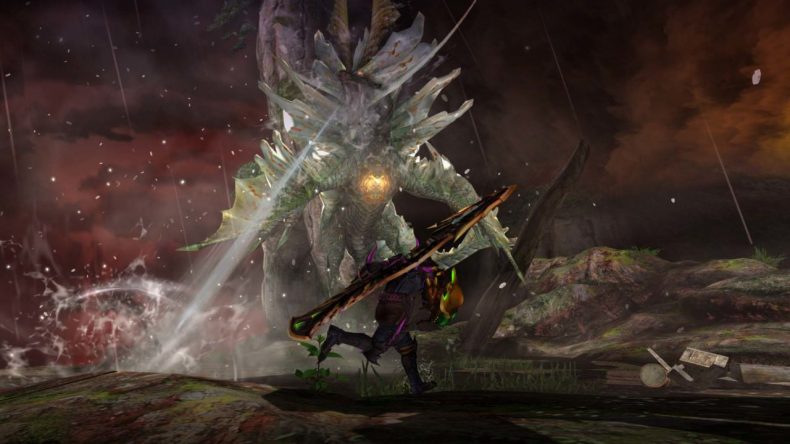 This guide isn’t intended for veterans of the Monster Hunter series, but rather for those players, like myself, whose only experience of Capcom’s beloved series has been through the excellent Monster Hunter World released earlier this year. World streamlined a lot of the systems that veterans of the series will be used to, but for brand new players or for those familiar with World, Generations could be a bit of a shock to the system. As such, here are some quick and simple tips to get you orientated and out hunting monsters as soon as possible.

For Veteran players being able to choose a hunting style, along with their favourite weapon type will be familiar ground, however for newbies this is something that wasn’t carried through to World.

There are a six hunting styles to choose from: Guild; Striker; Aerial; Adept; Valor and Alchemy. These styles will determine which types of attacks and hunter arts you can equip.

The styles range from fairly simple to use ones like Striker that allows you to equip up to three hunter arts, to more complex ones like Aerial where you be able to launch yourself into the air and jump on to monsters. Then there is the Alchemy style that is more of a support role, allowing you to create alchemical items to power up your SP state, and more.

Each style has differing charge times for the corresponding hunter arts so it is worth paying attention to the type that you want to begin with. For new players, Guild style and Striker are the most rounded, but there is opportunities to change your style once you are in the game so don’t worry too much if you feel you have chosen poorly to begin with. Prepare for a hunt or gathering mission

It sounds simple, but make sure you are equipped before venturing out on a hunt or a resource gathering mission. In Generations things like pickaxes, bug nets and whetstones are limited use items and you will need to ensure you have enough on you before venturing out. Far too many times I went on an ore gathering mission only to realise I hadn’t brought any pickaxes with me. Similarly if your weapon sharpness declines during the course of a fight and you have no whetstones on you then you are more than likely going to fail the mission.

In Monster Hunter World you had the handy scout flies that would lead you through the various areas once you had done enough tracking of a particular monster. There is no such thing in Generations, instead if you wish to track a monster you will need to throw a paintball at it which will mark it on the minimap for a short time.

These consumable items can be crafted in your item pouch by combining a sap plant with a paintberry, and are tricky to throw. Make sure you bring plenty with you, particularly in your early hunting days because you are likely to miss your target a fair bit until you get used to it.

Again, this sounds pretty obvious, but it is very easy to miss the supply box at the beginning of a mission.

Contained within is usually some healing potions, rations to restore stamina, perhaps some one use pickaxes, or a bug net and a map. The map is the singular most useful item in the supply box and without it you are going to be in for a difficult time navigating around the various locations Generations sends you to. Familiarise yourself with base camp

As well as the supply box in base camp, there are a number of other useful things to be aware of. Located generally behind you when you first spawn in is the Delivery Box. This is where you will need to return to to complete a mission. For example, if you are on a resource gathering mission – find 20 unique herbs – you will need to return to base camp and place the herbs in the delivery box to complete the mission.

The delivery box is used solely for quest items, but if you are out gathering resources and your item pouch becomes full you can use the “Transpurrter”, a NPC that will take your unwanted items and deliver them to your item box back at base. You can only use this feature once during the hunt so it makes sense to wait until your pouch is full before doing so.

Looking around some more and you will see a bed underneath a little tent like structure. Returning to base camp and taking a little snooze on the bed mid mission will fully recover your HP and remove any negative status effects like poison. Sleeping in your bed will also do the same for any Palicoes you have with you also.

Do the Training missions

If you have played Monster Hunter World before, it may well be tempting to just get straight into the main missions, don’t! The training missions offer a variety of quests for you to complete ranging from Hunter basics like cooking raw meat to capturing monsters, to practising with the different weapon types, styles and Hunter Arts. There is even some missions teaching you how you can utilise Prowlers.

The training missions are lengthy and you will find that at least the first few hours will be spent on these missions, as well as the low tier gathering missions. It will definitely pay off to spend time on them though as you will gradually begin to peel back some of the layers that make Monster Hunter feel impenetrable at times. As well as assisting you on hunts or gathering expeditions you can play as a Prowler by visiting the Palico Ranch located in Bherna. Playing as a Prowler has some advantages, particularly if you are on resource gathering missions as you will not require gathering tools such as pickaxes or bug nets. The Prowler doesn’t have a stamina gauge which will make traversing each region much faster, and they are immune to the effects of the different climates in each locale. You can also hunt as a Palico if you wish.

It is worth spending some time in the Palico ranch training up your team. There are seven different types of Palico to choose from, each providing useful additions to your team such as healing buffs, explosives, trap setting etc..

There is no health gauge or heartbeat indication on the monsters in Generations, so at first it is tricky to understand just how much more work you will need to do to bring one down. Look for signs of exhaustion such as drooling, or hunger. A tired monster will very likely start to eat in order to gather some strength back, and when this happens it is a good time to get some free hits in. (Bear in mind a monster may well leave the area you have been fighting it in so remember to bring plenty of those paintballs so you can track it through the different areas).

As in Monster Hunter World, when your target is nearing death it will try to flee the area with a pronounced limp. It is at this point that you can capture it, or alternatively follow it to its nest and kill it there.

That’s it for now, there is plenty of other things to understand and master in Monster Hunter Generations Ultimate, but these simple tips should be enough to get you started.

Likes to shoot stuff and wear pretty shoes. Is a BEAST at Titanfall.
MORE LIKE THIS
Guidemonster hunter generations ultimatetips