previous
Slime Rancher retail release detailed ahead of September 7 release on PS4 and Xbox One
random
next
Azure Reflections, a Touhou Project bullet hell game, is getting localised for PS4 and Switch beginning August 30
0 comments 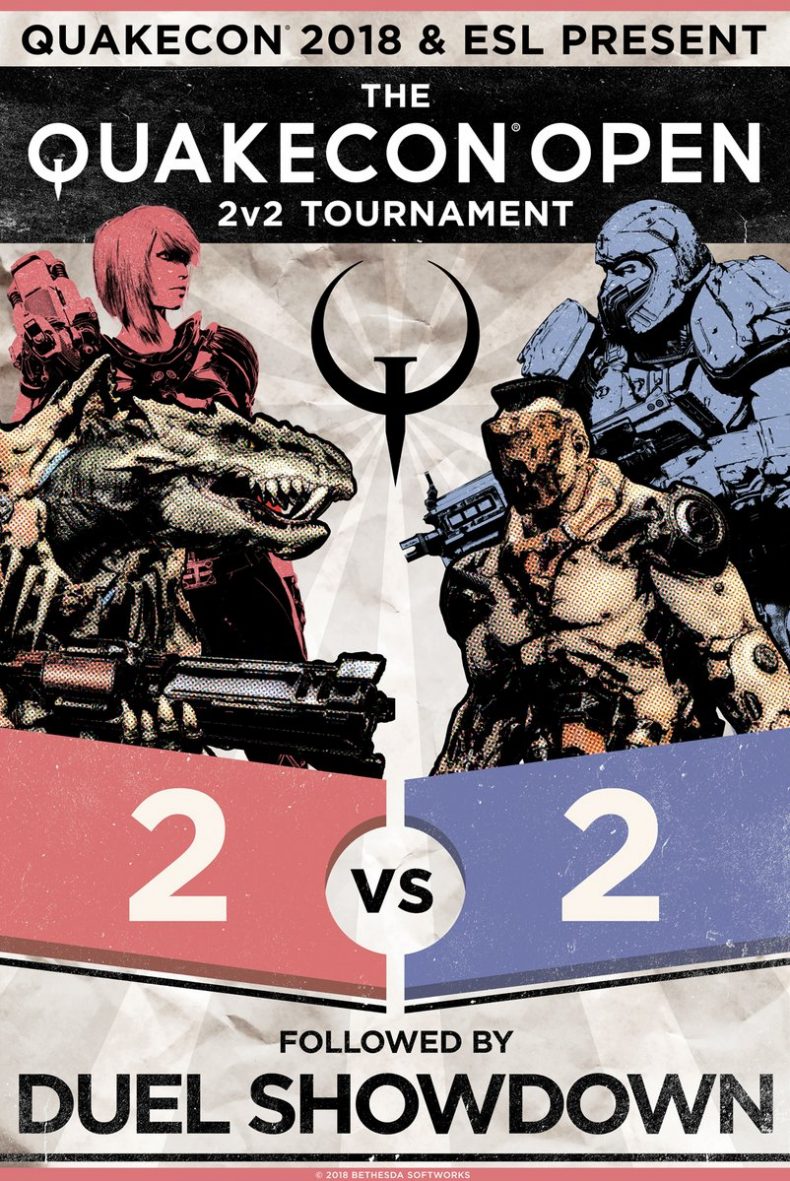 With QuakeCon just about getting ready to begin, with that all important first look at DOOM Eternal being promised, Bethesda doesn’t want you forgetting about its two major tournaments that will be particular highlights of the event: The Elder Scrolls Legends Masters Series and the Quake Champions QuakeCon Open.

Qualifiers for The Elder Scrolls: Legends Masters Series, featuring both online and offline events, have been running since June 30, and the competition has been whittled down to the top 16 players in the world. These card game gladiators will convene on Thursday, August 9 at QuakeCon to battle it out for their share of the $50,000 prize pool. The path to the final showdown is slated to kick-off Friday, August 10, at 10:15am CT. Fans who are at QuakeCon can catch the competition live in the esports Arena, while everyone else can tune in online at https://www.twitch.tv/teslegends.

Alongside that, Quake Champions fans will want to check out the other tournament:

QuakeCon is known for the amazing Quake competitions, and this year, the Quake Champions QuakeCon Open takes everything to next level. This year’s tournament will bring together some of the best esports players in the world, including Team Liquid’s Rapha & DaHanG, to team up and fight in 2v2 Deathmatch for their share of a $175,000 prize pool. Competition kicks off on Friday, August 10, with 2v2 finals slated for Saturday evening

However, this year’s competition also has a bonus round… With a twist! Players from the top eight 2v2 teams will move on to face off solo – against both teammates and foes – in a 1v1, winner-take-all Duel showdown for a shot at ultimate glory and an additional $25,000. This intense Duel competition kicks off on Sunday, August 12. All of the Quake Champions tournament action can be watched live in the esports Arena at QuakeCon, or by tuning in online at https://www.twitch.tv/quake.

We all know that most of us are only really interested in seeing DOOM Eternal in action (after all, we do love DOOM here at God is a Geek), but these are some of the best players in the world at The Elder Scrolls Legends and Quake Champions, and they could provide some riveting action over the coming weekend, as QuakeCon runs from August 9th to August 12th.