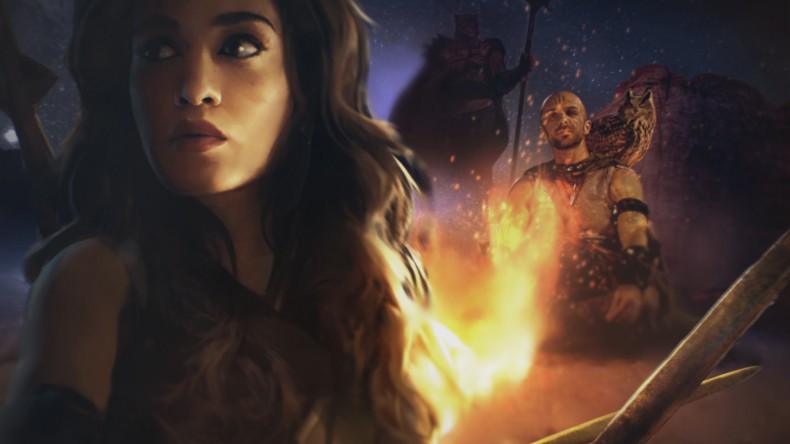 The Elder Scrolls series has been a part of my life for a very long time, and since playing Morrowind on Xbox all those years ago, it’s grown into one of my favourite fantasy sagas ever. Morrowind, Oblivion, Skyrim, and even The Elder Scrolls Online have all taken the same single player, first-person RPG approach and have been successful for doing so, but Bethesda has decided to do something slightly different.

Developed by Dire Wolf Digital and published by Bethesda, Legends is a strategy card game that takes place on a murky, archaic table instead of a vast open world. It features many aspects of the series’ characters, monsters and lore and uses them in a way you’ll never have had the pleasure of witnessing before. Other virtual card games like Hearthstone and Gwent are already massively popular, with the latter getting its own release soon, but how does Legends stack up (see what I did there?) with all the other digital card games already available?

As soon as you dive into the closed beta, you are given the choice of picking from one of the many races in Elder Scrolls to be your avatar, along with certain perks. For example, picking the Argonians will reward you for playing a longer game due to their natural endurance in battle. Orcs, Wood Elves, and the Khajiit are amongst these races, but the good old power of the Nord persuaded me to pick them for the campaign. The story is as obvious and generic as you’d imagine, but it’s still captivating due to how some of your choices affect it throughout. Each act is separated into chapters, and each chapter has the same layout. You have your board (or battle arena) with your avatar at the bottom and your enemy’s at the top. There are two lanes for where you can place your cards: the shadow lane and the field lane, each having different benefits for placing cards upon.

Every card you lay down onto the board has an attack score and an armour score; every time you choose one of your cards to attack the opposition (once laid down), it will do the exact amount of damage it states. If one of your cards gets attacked, the armour it loses depends on the strength of your opponents attack. Certain cards can’t be used to attack, but once laid down they can give additional points to attack and armour – e.g. the Dwarven Armaments item equips 5 attack points and 5 armour points when used, meaning your Tusked Bristleback or Hive Warrior can deliver a huge amount of damage if this card is used.

Magika controls what cards you can draw, and each card has a magika point. For every turn you play, a new magika point is unlocked for the following turn. If you want to bring out the big guns first, you can’t; it’s a nice failsafe if you’re still trying to learn the ropes and work out your opponent’s tactics because it keeps the pace realistic and respectable (no, you can’t use that Swamp Leviathan from the get go!). Your opponent’s avatar can be attacked as well as their cards, providing there is no guard card laid down. Having a Thorn Histmage guard card laid down on one of the lanes means that any card you have on the same lane needs to take it out before you get a chance to attack their leader/avatar; the only way you win is to destroy the avatar. Other variables like summon cards apply bonus effects like additional attack points and damage points, and support cards offer continual bonuses for the duration of a game and not just for a turn.

There’s plenty of variety in the cards and by the time you reach the end of the first act, you’ll be able to edit and improve your decks in the deck editor. New cards are earned and unlocked after winning a chapter or leveling up, and you’ll be able to buy new cards from the store. There is plenty of customisation available and having familiar characters and creatures in your deck help you to pick the perfect one.

If you find the campaign tough at times, the Arena mode is a perfect way to play at your own skill level against real people and AI. Cards are randomly generated and once you’ve picked 30 cards, you get to play against an opponent who also has a deck similar to yours; it just keeps things fairer and balanced, removing the use of specialised decks players have put together. There’s also a versus mode for those of you who like to prove your worth in the presence of others, but I had too much fun playing around with the campaign to give this mode a try.
Elder Scrolls: Legends is shaping up nicely, and it’ll be interesting to see how the online community will embrace it when the game releases. It’s accessible and engrossing; with some fantastic ideas in the way you play and plenty of cards to choose from, helping you plan out versatile methods of attack.

Video games are cool. Don't let anybody tell you any different.
MORE LIKE THIS
bethesdaelder scrolls legends