previous
Blackout is a good attempt at the Battle Royale phenomenon, but lacks innovation
random
next
The Dark Knight's presence in video games: 30 years of being Batman
0 comments 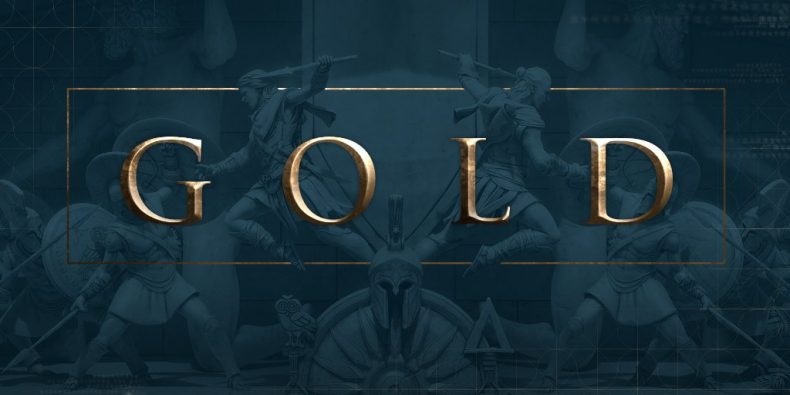 This means the discs will be manufactured and the game is ready for launch. There likely will be a day one patch. In addition to that, the post launch content plan has been revealed. Story Arc 1 – Legacy of the First Blade: This episodic adventure will introduce players to the first hero to wield the iconic hidden blade, changing the course of history. Players will learn more about the backstory of the Assassins and why they choose to fight from the shadows. Starting December 2018, episodes will be released approximately six weeks apart.

Story Arc II – The Fate of Atlantis: In the second story arc, players will confront godly creatures and uncover the secrets of the legendary sunken city. In a surprising saga filled with twists and turns, players will get even closer to Greek mythology and the First Civilization. Coming spring 2019, episodes will be released approximately six weeks apart.

Assassin’s Creed III Remastered: Ignite the American Revolution as Connor, the master assassin, born amidst the beauty and the brutality of 18th century America. As a bloody uprising draws ever nearer, your clan is threatened by a powerful group seeking to crush the American Revolution and control the thirteen colonies. Shocked into action by the devastation of your village, you pledge your life to the cause of freedom, and embark on a decades-long quest to achieve it. Assassin’s Creed III Remastered will be released in March 2019 and will include :
All the DLC: The Benedict Arnold Missions, Hidden Secrets Pack and Tyranny of King George.
Assassin’s Creed® Liberation Remastered.

The Remastered editions will feature 4K and HDR on PS4™ Pro, Xbox One X and PC, higher resolution textures, a new graphics engine, and several other graphical enhancements. Gameplay mechanics and ergonomics have also been improved. Assassin’s Creed III Remastered will be sold as a stand-alone title for players who do not own the Assassin’s Creed Odyssey Season Pass.