previous
Deep Silver and Epic Games have announced partnership to release Metro Exodus on Epic store.
random
next
10 reasons why everyone is crazy about mega moolah
0 comments 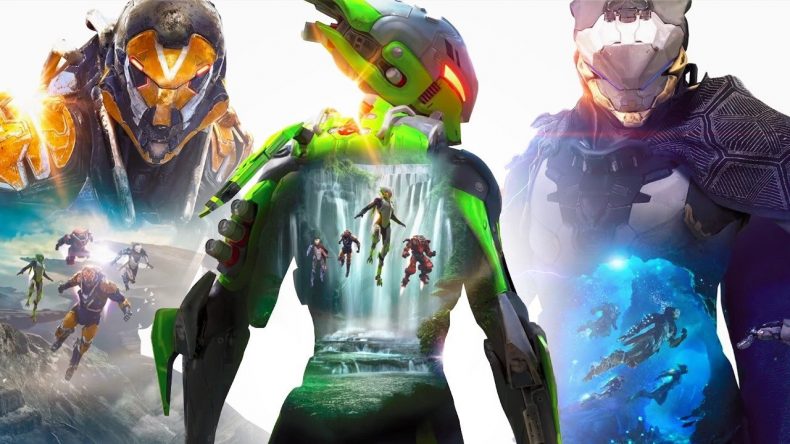 You get the message. It was a bit of a shit-show. The servers overloaded in the first few minutes, and thousands of people couldn’t get on. It actually took me a full 24 hours to get in. I don’t know how a company like EA or BioWare could have allowed such a circus to happen, but they did. It was like they handed us a cream cake in one hand and then smacked us with a trout in the other hand. Lots of people got upset. I got upset. Twitter and Reddit got really upset.

When I finally did get in I enjoyed myself and, although I have good and bad opinions of Anthem at this point, I’m leaning more towards positive thanks to two main reasons. One: I unlocked a second class and it is the balls, and two: I took part in, and completed, the Mine Tyrant Stronghold, and holy shit. Holy. Shit.

But there are caveats here. For example, I don’t think this demo has done EA, BioWare, or the public any real good. People who were on the fence have not been won over by this, whereas people who were fully onboard have now jumped ship quicker than a crew of drunken sailors into a sea of Jack Daniels. I for one am still mostly excited, clinging to the last vestiges of a hype that a few days ago would have floored you like a deckchair to the face. I was psyched for this, watching footage of the hands-on events and lapping up the developer vlogs while salivating like a bulldog with a gobstopper.

And I’m still keen, I’m still mostly invested. But it’s muted now, it’s like I went to see a smoking hot stripper, but sat next to her boyfriend for the whole show while he just stared at me like I was some kind of degenerate and now I’m hesitant to go back next week.

There are issues. I’m not going to get into the technical stuff too much, because this is an older build but I’m pretty sure I only sneezed once or twice just in the general direction of the Xbox One, and it booted me out like my first girlfriend’s dad. Worse than that is the stuff I’m not sure BioWare are even gonna fix because I’m not sure they even know it’s wrong. The Javelins feel amazing in the air and pretty good underwater, but on the ground they’re sluggish and cumbersome, which is kind of befitting a 9-foot walking tank, I know, but I came here for the type of wish fulfilment you get from blowing huge chunks out of cottage-sized bugs, not a physics engine that suddenly wants to get with the Realism the minute my feet touch the floor. The dodge evade is hugely satisfying, but the melee feels imprecise to me and now and then it felt like I was wading through knee-high treacle, which may have been down to the frame rate dropping like a breeze block in almost every fight with more than two enemy soldiers.

I have major issues with the Hub, too. I imagine Fort Tarsis is important because of the story, but the frames per second there felt somewhere in the region of four and a half. Its really bad, and everything has a fuzzy look and everyone is so far from everyone else that you have to wonder exactly what BioWare are showing off and why. I guess in the full game they’ll want us to care about Random Dude with Beard, or that Steampunk Mum can’t feed Steampunk Child, but the truth is it’s just a resource drain that we don’t need. Everything in Tarsis could be done with a menu and a few talking heads, maybe some cutscenes here and there.

That being said, one major plus is that the action is just tremendous. Even with frame rate dips, bugs, glitches and disappearing enemies, I had a blast in every firefight. The special effects light up the screen, the sound of gunfire and explosions and mumbled exposition fill the airwaves. In short, it’s just spectacular every time you get into a scrape. I didn’t even mind or notice the game chugging along like a broken old tugboat at times because I was just too busy spitting “wows” and “Hell-yeahs” and smiling like someone had handed me a big bowl of chocolate ice cream and Scarlett Johansson and said, “Go nuts.” I had almost given up hope of getting hold of a second Javelin because the demo just wouldn’t save my XP gains after missions, but eventually I got lucky. I almost went with the stealthy, wasp-like Interceptor but at the last minute snapped up Storm, which is like a mix between Magneto and Iron Man and Emperor Palpatine from that bit where he fries the ever-living shit out of Luke with Force Lightning. Storm is squishier than Ranger, but more mobile and stacked with elemental goodies.

I took Storm for a test drive in the Stronghold, a mission where you need to take a squad deep underground to investigate a group of enemies trying to make a superweapon, which leads to a subterranean showdown against the Brainbug from Starship Troopers on hella cocaine. To be honest it was this event that got me. The fight is so much fun, reviving downed teammates and flying around the cave looking for cover or safety or a vantage point where you can do some damage. It’s excellent and I fell in love despite all the other issues that could have gotten in the way, and did many times. Also, the Ultimate moves I tried are both superb, but the Storm’s move in particular is a screen-filling mass of light and noise that just explodes in your face like Christmas at Rambo’s house.

And I really like the world. Its beautiful at times, close to something like Halo aesthetically. Rivers, lakes, waterfalls, craggy outcrops of rock, huge plunges into deep dark waters, a night and day cycle, weather effects and herds of alien monstrosities, flocks of birds, little clutches of wildlife. I loved everything I saw, like a tin-shack shanty town built on a cliff-face or the rusted remains of a gargantuan mechanical strider. But, by god, the map needs the option to place waypoints. I was constantly checking my direction in relation to map icons, which is an unforgivable oversight when there’s GPS in the missions. Another positive is the customisation. Obviously they were going to put a lot of effort into this area as its apparently the only thing they’re slapping micro-transactions on, but it seems pretty comprehensive. I spent ages pratting around with colours, materials and vinyls, and I’m hoping there’s enough opportunity to earn Coin for cosmetics inside the game. Although the prices are placeholders in the demo, you do earn Coin for completing objectives so hopefully that remains a thing.

So what did I think? Cards on the table: I really enjoyed my time with the demo when I finally got in, and Anthem won me over, albeit with some serious caveats. BioWare need to address that slow-ass hub, and if the movement is always going to be this clunky and heavy on the ground, then a patchy frame rate is the worst possible thing they could let sneak into the final build.

How will it do on launch? I just don’t know. A lot of people want this game to fail, and this demo was like EA handing those people a loaded gun and then admitting they took the last After Eight. And then boned their mum. It was a clumsy mess and one that a company like EA should have and could have avoided; hell, they could have just called it a beta and been done with it. But in the end I’ve seen more positive feedback than negative and I’m still hopeful. If the content is there (because I’ll be honest: besides the Stronghold most of the activities in the demo were pretty samey) then they might just salvage this launch. I really hope they do, because in amongst all the infinite load screens, system crashes, bugs, glitches and fails, I saw glimpses of the greatness that could be.

Anthem launches on Xbox One, PlayStation 4 and PC on February 22nd.

Senior Content Editor Mick has been playing games for over 30 years and writing about them for around 12. After drifting from site to site for a while, settling briefly at the now-defunct Made2Game and freelancing for the gone-but-not-forgotten NintendoGamer Magazine, he came at last to rest at Godisageek. Mick has been a reviewer, staff writer and content editor here for some time, while also moonlighting a little for Red Bull Games. He has 4 kids, has written 2 novels, and sometimes even manages to pay a bill or two. You'll usually find him defending the galaxy in Destiny 2, battling evil in Diablo 3, or lurking in the background on Twitter. Find him there @Jedi_Beats_Tank, or on XBL (JediWaster247), PSN (Jedi_Waster) or Nintendo (JediWaster).
MORE LIKE THIS
anthemAnthem demoBiowareEA