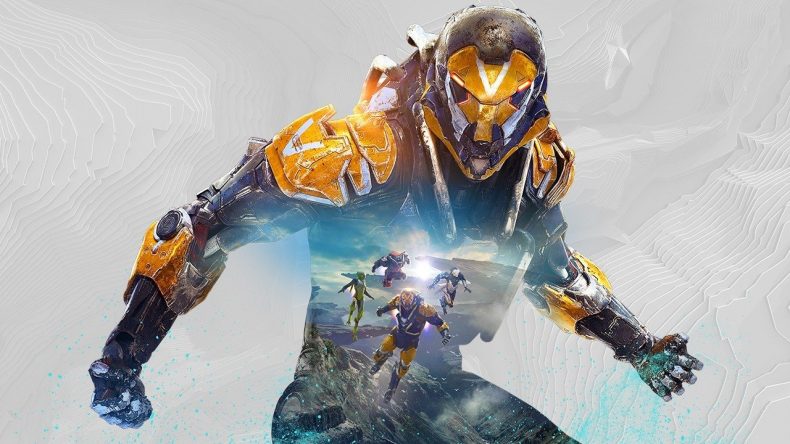 From the moment I began traversing the world of Anthem, I felt my worries start to subside. Flying through the air, then plunging deep underwater whilst shooting at gargantuan creepy crawlies felt amazing. Up until I got my hands on the preview in London, I’d kept my distance from Anthem. I’m a huge fan of BioWare, but it seemed so similar to Destiny at first glance that I had my doubts. Don’t get me wrong, I enjoyed what Bungie have done with their post-Halo efforts, but unless you have friends that play regularly, it doesn’t quite do it for me.

Not only is Anthem one gorgeous-looking video game, it’s also one of the most satisfying shooters to control. You can switch from running to flying to swimming in a manner of minutes, all while firing off canons, rifles, grenade launchers, and a whole load of other pain-inducing weaponry. The world is so well designed, giving you so many options for how to undertake a fight, and the amount of upgrades and items available to you makes every encounter feel fresh. For the first part of my preview I got to see just how the game works, and how the different Javelins (your armoured combat suits) interact with the environment. Each Javelin feels different, and when you’re playing in a group of four, they all work together very well. There are four classes in total: Ranger, Colossus, Storm, and Interceptor. Ranger is your vanilla-type, where it’s a case of Jack of all trades, master of none. It’s a solid Javelin that offers a good balance for those that just want to get stuck in. However, if you want to be the one to provide heavy firepower and play the Tank, the Colossus is your best bet. It was my favourite, just because of the damage it does to large groups of enemies at a time, and you have a shield that not only protects you for a period of time, but can be used to ram enemies off their feet.

The Storm suit is the equivalent of a mage, and uses elemental damage like ice and fire to damage the enemy. While the Ranger and Colossus can double-jump, Storm elevates with grace to provide aerial support when you’re facing a swarm of Scars (one of Anthem’s villains) on the ground. The one Javelin I just couldn’t get on with was the Interceptor, an agile suit that has excellent manoeuvring, but weak weapons and very little armour. It plays its role, though, as the Interceptor can sneak towards an objective while the rest of the team keeps the enemies busy.

One section of Anthem which will keep players occupied is The Forge. As you level up and earn money to buy cool stuff, new upgrades and items become available for purchase, as well as aesthetic items like new paintwork and plating for your Javelin. There’re plenty of options, and those who love the customisation of a game like Warframe will find this section mightily addictive. Not only do you get to buy stuff this way, but out in the world, enemies drop items varying from common to epic to legendary, and these make all the difference.

This is where the similarities to certain other titles become much more apparent within the first few hours of play. There’s a set story path, but there are other missions you and your friends can undertake (or play alone if you wish), and the Freeplay option lets you jump into the world and just mess about in the beautifully detailed forests, lagoons, and caves. Exploring is a big part of Anthem, and you get to do it shortly after the opening missions. I took Storm out for a bit of recon and ended up with some lovely new rifles, and I bumped into something pretty spectacular and bloody big that was just too damn powerful for me to take down. Enemies spawn randomly, and the dangers that plague Fort Tarsis also make their presence known in the night, which is something you won’t be prepared for. Considering its genre, one thing I was surprised that Anthem does really well is tell a good story. Its world was built by gods, who for some reason left, abandoning it half-finished and swarming with monsters, and leaving behind the titular Anthem, a powerful terraforming engine. The characters feel a little too generic, but there’s a great basis for an intriguing story to be told, and I’m rather excited to see how BioWare use their expertise in this department to keep it interesting.

After only playing a few hours of the opening section, I still enjoyed myself, and if I can get on Anthem with some friends over the opening months of its release, I can see myself having a lot of fun with it. Its story is actually quite interesting as well, and having the gaps filled in by collecting Codex helps to flesh out the world without 30-minute cutscenes. This is new territory for BioWare, but if they can get the balance right and support the game correctly, Anthem could well be bigger than Destiny.

Video games are cool. Don't let anybody tell you any different.
MORE LIKE THIS
anthemBiowareDestinyEA