Check out the trailer for The Division 2’s open beta 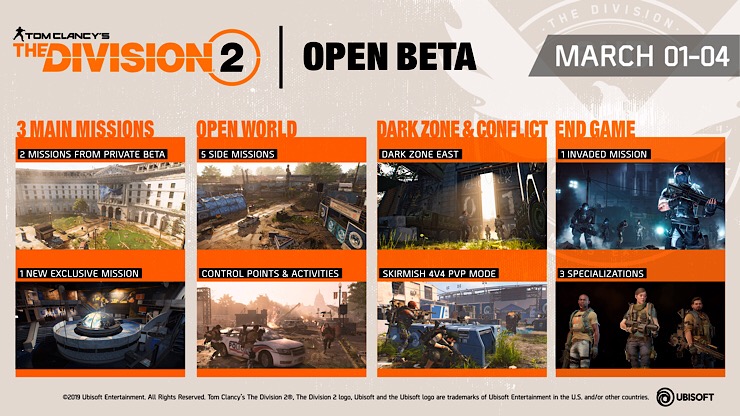 The open beta for Tom Clancy’s The Division 2 releases this Friday and here’s a trailer to whet your appetite.

I can’t believe we’re in a world now where open betas get trailers, but I guess there is an audience for them. Anywho, from March 1 to March 4 you’ll be able to play three of The Division 2’s main missions, one endgame mission and more.

The Division 2 will release on PS4, Xbox One and PC on March 15.

A lover, not a fighter and an all round good guy (he would say that, he wrote this after all), he's happy to be here as part of GIAG.
MORE LIKE THIS
PCPS4The Division 2tom clancy