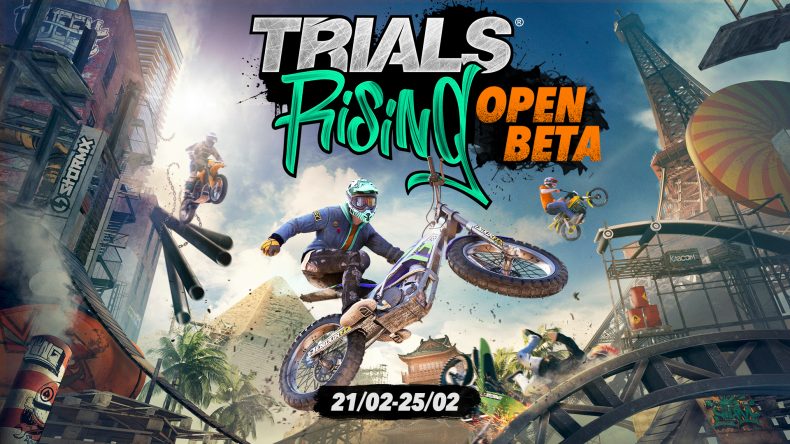 Ubisoft has today announced an Open Beta for upcoming title Trials Rising, which will run from February 21 to February 25, 2019. The Open Beta will be available on PC, PS4, Xbox One and Nintendo Switch, with a pre-download available from February 19 to ensure you’re good to go the moment the Beta goes live.

18 tracks from easy to extreme, including four University of Trials onboarding tracks

The exclusive Turbo Bike Exhaust for the Helium Bike, which makes it roar like a real motorbike. All players who unlock the in-game Trials Turbo Bike item during Open Beta will be able to keep it once they purchase the game.

Customization editor with over 2000 stickers

You will need to visit the Trials Rising part of the Ubisoft website to register interest, and if you’re still unsure check out the latest trailer below: