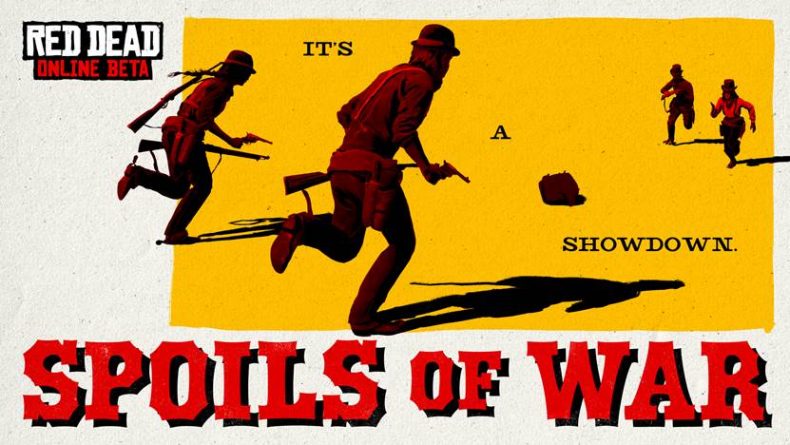 Rockstar has announced there will be improvements to the Showdown Series – this week’s update and addition to the series is “Spoils of War”, which is a frontier take on capture-style multiplayer.

Spoils of War is where 2-16 players compete in a team-based mode to defend their stockpile and raid each other’s. Each team must steal loot from their opponent’s base and return it to theirs. Whichever team steals the most by the end of the match wins.

Included in the update is a 20% XP boost on all Showdown Modes and winning one match of Spoils of War will net you an extra bonus of 8x Dynamite arrows that can be retrieved from the Post Office or your Camp Lockbox.

New outfits and accessories include: