previous
Fallout 76 getting huge update called Wastelanders... and a Battle Royale mode
random
next
Why my body is ready for Elden Ring
0 comments 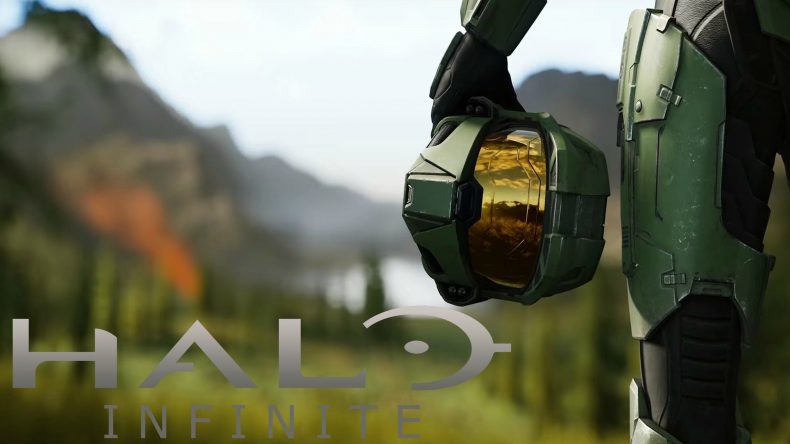 As soon as Keanu Reeves stepped on stage to announce the Cyberpunk 2077 release date, I knew the Microsoft Briefing would at least roll gently downhill from there. And it did, in all fairness, as no amount of Gears of War and Terminator crossovers or indie trailers (despite some being amazing) could top.

But it was towards the end of the conference when we were introduced to a trailer featuring a jump-suited astronaut working feverishly to contain some kind of breech, that my interest piqued. I actually thought it was a new Aliens game, maybe even a new Dead Space. The tone was dark, ominous, as the astronaut fell to the ground and then appeared to age while playing a holographic message from his wife and daughter (signifying how long he’d been floating) that pulled at the heartstrings and made me think of games like Prey and Alien: Isolation. And then came the distress call, designated as “friendly”. The astronaut, half-mad with grief after being alone so long, ran up to the cockpit, wiping freezing condensation off the screen to reveal not a ship, but Microsoft’s most enduringly iconic hero. My goosebumps had goosebumps. At that moment I was a teenager again, saving humanity from an ancient cosmic threat. It was a CGI trailer with no gameplay, but absolutely sizzling with the Halo atmosphere that I felt was missing during the bombastic Guardians reveal years ago.

Okay, it wasn’t the Halo 2 intro. It didn’t have the Master Chief surfing a massive bomb through a galactic firefight. But once again, our boy has come in from the cold. And the thing that really got me? What this character embodies now. As the engineer rigs his Mjolnir armour up to what amounts to a set of jump leads and shocks him back to consciousness, the Chief doesn’t ask for a sit down or a cup of coffee, doesn’t take five minutes to fret over his missing AI who, quite possibly, he’s going to have to destroy at some point. He grabs a gun, seals the engineer in the cockpit, and heads right back into the breech. He says no more than 8 words in the whole trailer, but it’s all he needs. I’ve never come to the Halo games for the story. The books, spin offs, comics, yes. The lore is deep and rich and interesting. But the main series has always felt curiously detached from the greater lore, never more so than in Halo 5: Guardians, which required extensively knowledge of the extended universe just to make sense, and wound up feeling soulless, hollow and pretentious as a result.

I’m not suggesting Infinite is going to change all of that, and in fact the subtitle “Infinite” suggests even more scope and scale than we’ve seen before. But that trailer, muted, intimate, deliberately restrained, did more to capture the quintessential feel of Halo than the whole of Guardians’ campaign did. Not counting Reach (which I will argue was underrated until my final breath), the Halo franchise has always, always been about the Master Chief and Cortana. And it has lost something since Halo 3. The chemistry between the Spartan and his onboard AI is sorely missing; the band of heroes element that was present before Miranda Keyes and Sergeant Johnson were unceremoniously killed off; the sense of one soldier standing against the storm no matter the cost… Halo 4 and Guardians undid some of this groundwork, in my opinion, and while both are competent, enjoyable games, neither sparkled with the same Halo magic. Will Infinite? Who knows? We know very little at this point. We know the Master Chief has no Cortana to guide him. We know she’s an immensely powerful God allegory with AI rampancy at this point, and so it’s going to take something monumental to recapture the spark they had and I’m praying that that’s the way it plays out – that they do recapture some of that old magic, somehow.

Because for the first time in a while, I really felt something while watching that trailer. I felt transported back. I felt young and hopeful again. And excited. I’m excited to see where this story is going. We’ve got a long time to wait, but something tells me the ride will be worth it in the end.

Senior Content Editor Mick has been playing games for over 30 years and writing about them for around 12. After drifting from site to site for a while, settling briefly at the now-defunct Made2Game and freelancing for the gone-but-not-forgotten NintendoGamer Magazine, he came at last to rest at Godisageek. Mick has been a reviewer, staff writer and content editor here for some time, while also moonlighting a little for Red Bull Games. He has 4 kids, has written 2 novels, and sometimes even manages to pay a bill or two. You'll usually find him defending the galaxy in Destiny 2, battling evil in Diablo 3, or lurking in the background on Twitter. Find him there @Jedi_Beats_Tank, or on XBL (JediWaster247), PSN (Jedi_Waster) or Nintendo (JediWaster).
MORE LIKE THIS
343 StudiosE32019Halohalo 6