previous
Bandai Namco release interview with Shawn Ashmore, who plays Conrad in Man of Medan
random
next
The Legend of Zelda: Link's Awakening is a faithful remake capable of exceeding the original in every way
0 comments 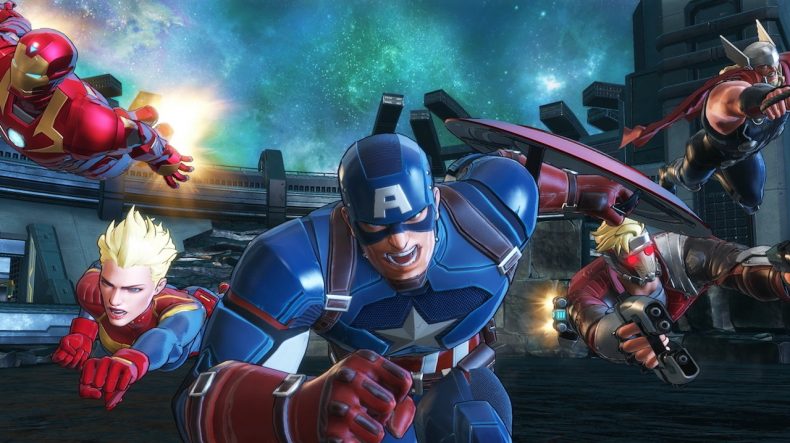 Besides gaming, I’m an avid reader of comics, with Marvel being my absolute favourite. Whenever a game set in the universe Stan Lee and Jack Kirby created is announced, I get a pulsating burst of excitement in my soul (and my groin). I adored the first two Ultimate Alliance titles, even if they were button-bashing games that offered little more than the opportunity to fuse your favourite superheroes into a team that battered the hell out of waves of enemies.

Marvel Ultimate Alliance 3 does the same again, and whilst I was pretty excited to play it, I wasn’t as blown away as I thought I’d be. It’s not that it isn’t fun using loads of special moves, and beating the living hell out of my enemies, it’s just easy to see how this could become quite repetitive after a while. In the demo, I had the choice of playing as characters like Deadpool, Catain Marvel, Storm, and Wolverine, but naturally I chose my favourite – the sybmbiotic anti-hero known as Venom. Along with three other journalists, our team was tasked with taking out the Hand – a bunch of demonic ninjas. As Venom I could swing across the screen, but occasionally I was kept waiting as other players took their time to catch up with me, meaning I couldn’t progress any further. With the special moves, you hold down R and select one of the three available (within the demo, not when the full game releases). I used my alien goo to cover ninjas and drain their energy, as well as using more powerful punches. Every character gets the standard punch and kick, but the special moves adds diversity in the combat.

One of the coolest features was the ability to synergise special moves with all four characters. This causes a huge amount of damage to every enemy on screen and looks pretty great too. Playing with friends online or in local co-op is going to be a lot of fun, and will most likely make the game less repetitive. My kids are huge Marvel fans too, so I’m sure we’ll spend a good amount of time playing. What’s great about the game is that Thanos and the Black Order aren’t the sole enemies. As mentioned, I was battling the Hand, but with the huge roster of heroes, I’d expect to see the likes of the Sinister Six, Hydra, and the Masters of Evil likely make an appearance. With it being based on the comics and not the MCU, there’s plenty more source material to use, so I have high hopes that the story will be both bonkers and entertaining.

With our time up, I had a good time swinging around as Venom, and also watching as my team of Wolverine, Captain America, and Deadpool kicked some arse, but my main concern is how Koei Tecmo can keep it feeling fresh. They’re behind some fantastic hack-and-slash titles, such as Samurai Warriors, so my worries will most likely disappear when I’m switching between my favourite heroes and beating the holy hell out of my enemies.