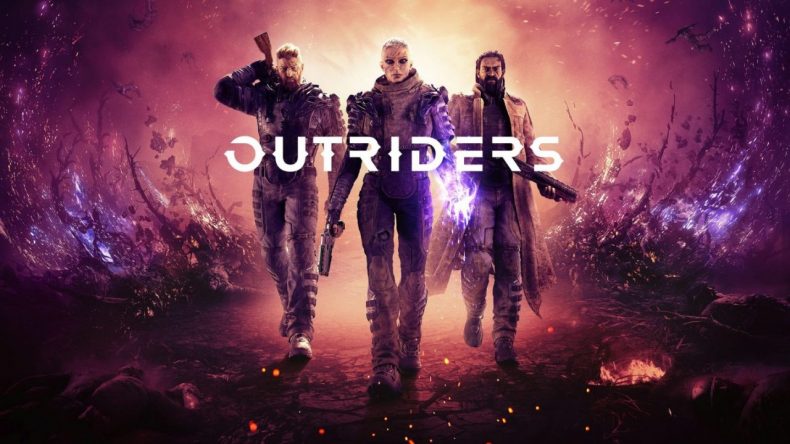 Never judge a book by its cover. You’ve heard that one before, right? You can say the same about all mediums, to be honest, especially video games. How many mobile games have you seen the artwork for and thought “Wow! That looks like my kind of party!” (or less cringeworthy words to a similar effect) only to look at screenshots or gameplay and throw up in your mouth a little bit in utter disgust? No? Just me? Right, well, moving on then.

But while cover-judging anything is more or less hard-wired into our tiny little pedestrian minds, there is a darker, greater evil at work. In fact, actually, let me re-tread a little. Forget book covers or game covers. Turn your ire instead upon the perfume commercial. This is, to me, the single most pointless and inane waste of money and effort in the whole of marketing. Never mind that they’re usually pretentious, self-indulgent wank, perfume commercials tell you absolutely nothing whatsoever about the product. Well, they show you the bottle. They don’t even say, “our perfume smells of this” because “this” is always some kind of lab-grown, hybridised chimera of smells and chemicals designed, when you get right down to brass tacks, to make you smell like you haven’t just rolled out of bed, eaten two slices of cold pizza and thrown up your mouth a little bit at the latest mobile game advert.

It’s usually some celebrity muttering vaguely arousing niceties in French or Italian and doing something fairly mundane in a comically meaningful way, like staring at the sky or getting on a motorcycle or walking towards the camera.

You know what the video game equivalent of a perfume advert is? A CGI fucking trailer.

This year’s E3 was utterly replete with the damn things. I watched a lot of them, and I’ll admit some of them were enough to get me interested. Halo Infinite, for example, and Elden Ring. But here’s the thing. My wife gets excited at perfume commercials, but that doesn’t mean she knows what it’s going to smell like.

CGI trailers are like this. They are usually around 2 to 5 mimutes of a developer staring purposefully at a sky full of fuck all, or getting on a bike they’re not going to ride, or walking purposefully at the camera when there’s nothing behind the camera except the boring old real world where their CGI trailer won’t mean shit anymore. I’m mixing metaphors here, but here are a few examples. Deathloop and Outriders, two games “showcased” by flashy CGI trailers that reveal almost nothing. Deathloop, from stealth wizards Arkane Studios, may show the apparent protagonists dying over and over again and being upset about it, but that’s nothing new in a game, and the VO reveals a bit about the potential story, but that’s it. And they look pretty cool and edgy, and it had a futuristic feel and everyone in the crowd cheered at the end, but I’m beginning to wonder if the crowds at these events aren’t given a stern heads up at the beginning that they’ve been wired to some kind of shock machine and if they don’t cheer at everything they’ll pay for it. Because what are you cheering at? A Pixar short? At least they have a plot.

People Can Fly’s Outriders reveal was just as bad, if not worse. What can you take from that trailer? It’s 3-player? There are guns and cool coats and you shoot monsters. Could just as easily have been a Destiny trailer. It has no identity. It could be a top-down, pixelated twin-stick shooter or a Doom-scale FPS. We don’t actually know from the trailer, do we? This is not a slight on either game, by the way. By all accounts, both dev teams have massive pedigree as far as I’m concerned. But I don’t know what these games are. I just know they both feature guns. I remember a few years ago when Guerilla Games dropped a picture on Twitter of what looked like a caveman fighting a robot dinosaur. I remember thinking “I don’t give a shit what that game is, I want it”. I knew nothing about it, but that one image did more to sell the identity of what was eventually announced as Horizon: Zero Dawn than a 2-minute video did for Outriders.

I may be part of the problem. I have a tendency to hype like a motherfucker. But then I got excited about the Halo Infinite trailer not because it was flashy, but because I already know some of what to expect from that franchise. It’s not going to shock me with its gameplay; I’m hyped to see the Master Chief front and centre again, hyped to rejoin the fight. To be fair though, all the Elden Ring trailer had to do was put the names George RR Martin and Hidetaka Miyazaki together on one screen and they could have saved themselves the CGI budget altogether. The knowledge of who has written that and who is developing it had me desperate to see more without a single frame of CGI.

Am I intrigued by Deathloop and Outsiders? Yes. Both are new IPs from respected studios and I have no doubt both will be of interest to my particular tastes. But I’m not excited by either yet because I have no clue what kind of games they’re going to be beyond “shooters”.

CGI trailers are flashy bullshit that tell the consumer very little, and convey no message subtler nor more intricate than “Our game is awesome and you want it”. They don’t tell you why you want it, why it appeals to you specifically, what genre or sub-genre it is. They don’t even really giveaway the art style a lot of the time. They’re just shiny half-truths. You could argue that you won’t know a game is really for you until you play it, so all trailers, gameplay or CGI, do roughly the same job anyway. But they don’t.

As a tool to tell you a game is in development and get you to anticipate more info, fine. Too get people invested in the world of an already-announced game, like Overwatch, okay. But as a thing to reveal your game, to show it off to the world like a ten year old with his kitchen-sink science project, desperate for applause and forgiveness for setting fire to the cat?

Yeah, not so much.

Senior Content Editor Mick has been playing games for over 30 years and writing about them for around 12. After drifting from site to site for a while, settling briefly at the now-defunct Made2Game and freelancing for the gone-but-not-forgotten NintendoGamer Magazine, he came at last to rest at Godisageek. Mick has been a reviewer, staff writer and content editor here for some time, while also moonlighting a little for Red Bull Games. He has 4 kids, has written 2 novels, and sometimes even manages to pay a bill or two. You'll usually find him defending the galaxy in Destiny 2, battling evil in Diablo 3, or lurking in the background on Twitter. Find him there @Jedi_Beats_Tank, or on XBL (JediWaster247), PSN (Jedi_Waster) or Nintendo (JediWaster).
MORE LIKE THIS
cgideathloope3 2019Trailers

Mass Effect 3 – Take Back The Earth

Go Behind The Scenes Of The Tomb Raider Turning Point Trailer