previous
Why the new Halo: Infinite trailer gave me all the feels
random
next
Can Project Scarlett and PlayStation 5 realistically support 8k graphics at 120fps?
0 comments 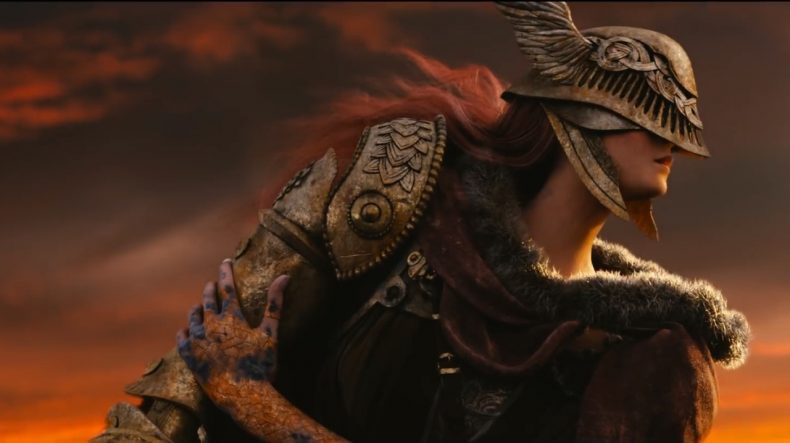 It occurred to me while playing Sekiro: Shadows Die Twice that I’m more of a Dark Souls fan than a FromSoftware fan – Bloodborne notwithstanding, as that’s possibly my second favourite game of this entire generation. But then, my love of Bloodborne feeds into the same minor epiphany.

It wasn’t necessarily the punishing difficulty or challenge I fell in love with when playing Dark Souls for the first time, or the sequels, or indeed Bloodborne. Yes, the difficulty is intrinsic, essential, and yes the Soulslike properties – bonfires and lanterns, respawning enemies, massive, terrifying bosses – are the foundation upon which those games stand. But for me the most important element is the lore. The world-building.

I spend hours watching lore master videos on YouTube, picking apart flavour text on in-game items for clues that make sense of a mystery that isn’t even integral to the gameplay. The macabre gothicism, and the sense that you’re a wayfarer in a world that is literally dying around you, held together by blood and fire and death. I lost that in Sekiro. The feudal Japan setting works fine for the story, it’s at the same time beautiful and commanding, and Wolf’s story is more linear, more personal and more fleshed out than we’re used to seeing from FromSoft.

When you play Dark Souls and every corner hides a potential secret, every NPC offers snippets of half-mad prattle to piece together, or when you play Bloodborne and spend a little extra time researching the link between boss Father Gascoigne and the little girl who speaks to you through her window. That’s what makes those games for me. The lore behind a weapon or set of armour, the hidden details you have to search for but which don’t cause the game to suffer if you miss them or ignore them.

I know Sekiro has them. I’m aware of how intricate the world is if you want it to be. But my problem was that Sekiro didn’t make me care in the same way. I mostly just wanted it to be over, despite the quality of craftsmanship and the beauty of the world. This is on me. I’m not criticising From for not making me feel a certain way about their game. It’s still a tremendous game. But I preferred the world building and minutiae in Souls and Bloodborne.

Which is why my body is so utterly ready for Elden Ring.

Okay, okay, I’m hanging off the back of the hype train for dear life here, I know. But hear me out.

I’m a massive A Song of Ice and Fire fan. I’m a massive Game of Thrones fan too, but I the two entities were almost entirely disparate for the last 3 seasons of the show. I’ve always been more interested in the way George RR Martin crafts worlds. He cares about the minutiae, about the backstories of even small characters, about details in the world that don’t just present a fantasy history as a checklist of battles and Kings and events; he understands that prophecy is interpretive, and he writes epic, spectacular fantasy from human perspectives. That world building talent, arguably among the very best in the fantasy genre, combined with the imagination and passion of Hidetaka Miyazaki could shake the foundations of what we expect from a Soulsborne game, or a FromSoftware game.

Elden Ring has my attention. We’ve not seen gameplay and it might seem cynical or even reductive to say that we probably know the gist of what to expect from gameplay, but I’m less excited about the mechanics and more about the story and the world. Aside perhaps The Witcher 3, no other fantasy world has drawn me in like Lordran or Drangleic or Yarnham. I’ve never been more deeply invested in the history and lore of a game’s setting. I want that again. The CGI trailer with its obscure monologuing, clever hints and gallons of speculation fuel is pitched perfectly to lure in people like me and it has worked, 100%.

Whatever Elden Ring turns out to be, wherever From and GRRM intend to take us in what their press release says is the largest world they’ve ever created, whatever horrors and nightmares and challenges lie in wait, my mind and body are ready to embark on that new odyssey into the macabre.

Senior Content Editor Mick has been playing games for over 30 years and writing about them for around 12. After drifting from site to site for a while, settling briefly at the now-defunct Made2Game and freelancing for the gone-but-not-forgotten NintendoGamer Magazine, he came at last to rest at Godisageek. Mick has been a reviewer, staff writer and content editor here for some time, while also moonlighting a little for Red Bull Games. He has 4 kids, has written 2 novels, and sometimes even manages to pay a bill or two. You'll usually find him defending the galaxy in Destiny 2, battling evil in Diablo 3, or lurking in the background on Twitter. Find him there @Jedi_Beats_Tank, or on XBL (JediWaster247), PSN (Jedi_Waster) or Nintendo (JediWaster).
MORE LIKE THIS
Elden Ringfrom softwareGeorge R.R. MartinHidetaka Miyazaki