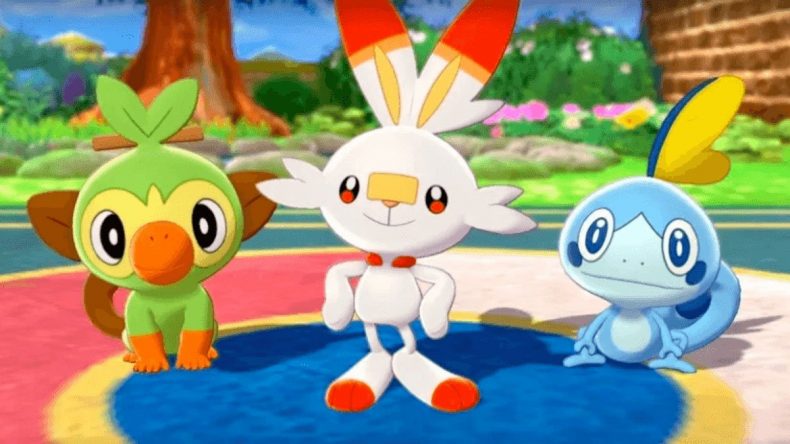 There are few games I adore as much as Pokémon, so naturally when Sword and Shield were announced I was a very happy Scorbunny. I visited Nintendo HQ in Windsor recently to get my hands on the E3 demo featuring the water gym that features in the game, and challenge its new leader Nessa. Right from the moment I started I could see how pretty it was. The design is so clear and colourful, with lots of beautiful detail, making Pokémon Let’s Go look dated already. It was gorgeous, and I hadn’t even started playing yet!

Before I could take on Nessa, I had to figure out a puzzle which saw different colour panels on the floor that had water gushing down onto them. There were red, yellow, and blue switches which corresponded to the panels. By pressing a button it stopped water falling onto the floor, so I had to work out a route to Nessa by stopping myself getting soaked. It wasn’t particularly difficult, but it was nice to have another layer of challenges other than the imminent fight. When it came to the fight with Nessa, it felt like a real spectacle, with the fight taking part in a huge arena and thousands of fans watching on as we went head to head. Many of the new Pokémon were there, and I got a chance to use my favourite from the trailers so far – the green monkey Grookey. Many of the battles follow the same formula as before, except the visuals are more spectacular and feel much more immersive. Combat is as snappy as ever, with the ability to press Y and find out what each move does.

The big new feature in Pokémon Sword and Shield in combat is Dynamax. It’s pretty spectacular, making your Pokémon turn into giant size versions of themselves. Whilst it only lasts for three turns, it’s a great strategic play to use when you’re in need of that added bonus. The big benefit of using Dynamax is that your stats increase quite significantly, as well as introducing certain elemental damage like sandstorms and high winds. With each gym more like a huge arena, Dynamax makes the grandeur of gym battles look and feel epic. The new Pokémon are a fantastic mix of old and new – feeling familiar and refreshing in equal measure. Corviknight looks like a knight -a mix between a crow and an eagle – and wears a thick layer of armour. Another new favourite is Dreadnaw – a huge turtle-like Pokémon that packs one hell of a punch. Looking at their moves in the demo gives me plenty of hope that when the game releases, we’ll have many more new types of monsters that’ll fit right in with the already impressive roster.

Although I didn’t get to do any exploring outside of the gym, Pokémon Sword and Shield seems to have a solid battle system, with Dynamax adding an exciting new layer to battles. I can’t wait to play the game upon full release, and with seeing only a fraction of the final game and loving it to pieces, I have a feeling I’m going to spend many hours exploring and evolving when it releases later this year.

Video games are cool. Don't let anybody tell you any different.
MORE LIKE THIS
nintendo switchPokémon Sword and Shield