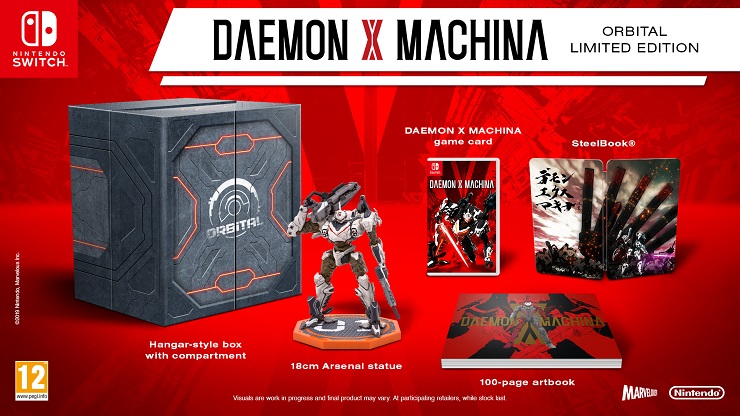 Are you based in Europe or Australia, like videogame collector’s editions and big mechs? Well have I got a deal for you.

The forthcoming mech battler from MARVELLOUS!, DAEMON X MACHINA will get the Orbital Limited Edition alongside the standard edition when it releases in Europe and Down Under on September 13.

The Orbital Limited Edition (that’s the last time I type all of that), will obviously include a physical copy of the game, but will also include the obligatory steelbook, a 100 page artbook and an 18cm Arsenal statue (no, not the English football club). All of this will come packaged in a hangar stle box which will have a compartment that the statue can be displayed in.

Despite giving us this news a price has not yet been forthcoming and neither has a pre-order link, so stay tuned and be ready because these may very well sell fast.

A lover, not a fighter and an all round good guy (he would say that, he wrote this after all), he's happy to be here as part of GIAG.
MORE LIKE THIS
daemon x machinaMarvellousnintendonintendo switch