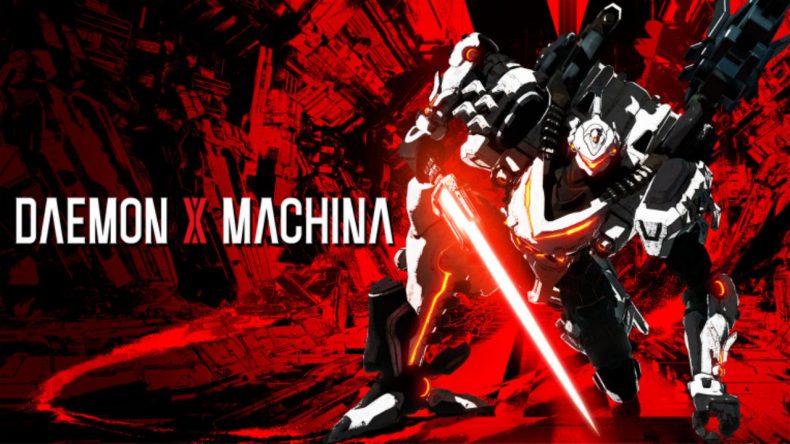 It’s fairly rare for a game to make the jump from Switch exclusive to PC port, and when I first heard about Marvelous Inc’s Daemon X Machina doing just that I admit I wondered why they’d bother, given how good a fit it was on Nintendo’s console.

Having spent some considerable time with the PC version, though, I can completely understand their decision. In 4K and 60fps, this is absolutely goddamn gorgeous. The faster framerate elevetes the combat and the improved visuals are a massive plus.

You play as a rookie mech pilot in a world where the destruction of the moon has unleashed a devastating energy source. Fighting back against Rogue AIs, you’ll team up with a cascade of supporting characters all repping different mercenary outfits with cool names like “Bullet Works” and “Innocent”. They all work loosely under one flag, and their job is simple: defeat the AIs and protect humanity. They do this by piloting advanced mechas called Arsenals, themselves powered by a substance called “Femto”, a fallout from the calamity. It’s all a fairly pretty but ultimately straightforward framework from which to hang the combat, for the combat is but drapery hiding a multitude of minor issues that you simply won’t care about while you’re blasting enemy mechs and tanks into tiny pieces.

The Arsenals fly, too, and as I said in my Switch review, they do a better job by far than Anthem’s Javelins. A selection of weapons, gadgets, and utilities allow you a huge amount of freedom with customisation (and yes, you can customise, decorate and paint your Arsenal, too), and a variety of assault rifles, plasma cannons, missile launchers, laser guns, swords and shields offer you a ton of things to unlock, build and upgrade.

It’s a good thing that the combat is so good because the story, while set in an interesting world, is kind of nuts. There are so many characters, most of whom just kind of appear in cutscenes between missions, that’s its almost impossible to keep track of them. Many of them can be hired as AI partners in missions, which means you’ll pick a few favourites, but on the whole they will come and go fairly steadily. It’s all voiced though, and the writing may be cheesy but the delivery is, for the most part, pretty good.

Story missions advance in rank, while free play missions simply let you jump into a scenario and earn some extra cash and gear. Exploration mode and split screen coop multiplayer round out the modes, but pre-release I couldn’t test them on PC. I have, however, played the multiplayer on Switch and, while it doesn’t feel all that different from playing alongside AI, it is nice to be able to communicate and coordinate with other players in the tougher encounters. There’s a lot of build diversity on offer, too, between your Arsenal and your pilot (or Outer) who can both be levelled up with a huge variety of buffs and improvements.

Daemon X Machina looks and sounds incredible on PC, the thumping, OTT soundtrack adding to the already frantic atmosphere and the improved performance ramping the bombast up past 11. At times it can feel a little one-note, given that you’ll rarely care about anything the game does or says outside the battlefield, but it really is what it is. I love Daemon X Machina on the Switch, but this is certainly the definitive edition of an already great game.

Too many characters
Not always precise enough

A great port of an already solid game, Daemon X Machina plays like a dream on PC. It may be messy, but it's also frantic, non-stop fun