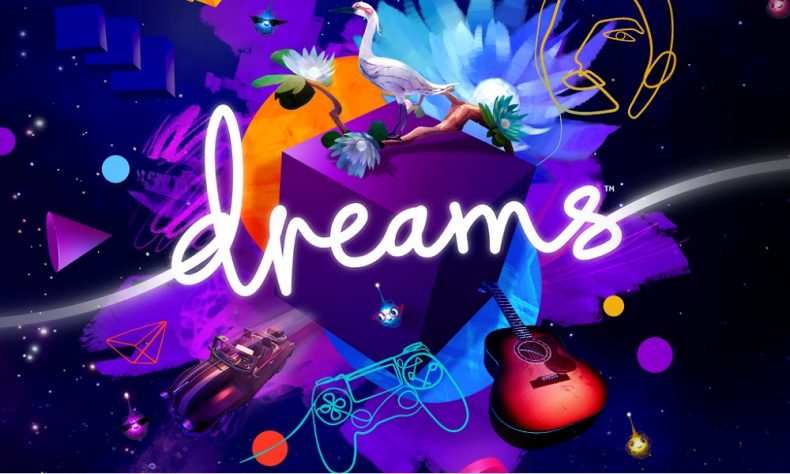 Creativity is often an outlet for those dealing with internal struggles to build something from nothing. Be it a painting, a poem, or a song, having a sense of passion and a need to establish an idea from thin air is unduly gratifying. From the moment I entered the Dreamiverse – the world of Dreams – I was astonished at the sheer amount of things possible. Since it released in Early Access last year, players from all over the world have created some incredible pieces of work, but I was also taken aback by the diversity and grandiose nature of what Dreams actually is.

Media Molecule is responsible for LittleBigPlanet and Tearaway, two different projects but both push the boundaries of what is possible in video games. Dreams is by far their most ambitious game to date, and quite frankly, I’m still getting my head around how they’ve managed to do it. There’s no denying how talented the developers are, but it’s such a breathtaking feat to build something that allows you to make anything you want in such a way. One thing I will say, is if you want to get the most out of Dreams, you need to be prepared to listen, and to take your time working out all of the game’s intricacies. There’re two main modes in Dreams: DreamShaping and DreamSurfing. Right from the second you start, Media Molecule’s welcoming introduction makes you feel all warm and fuzzy, instantly falling in love with your chosen Imp. This Imp becomes your best friend, acting as a paintbrush/cursor/creative partner that helps you with everything you’ll end up doing. They can be controlled either by the left analogue stick on the Dualshock 4 controller, the motion sensor, or PS Move controllers. Each one has it’s plus points, but for the best control and to fine tune your creations, the Move controllers offer much more control.

DreamShaping is where you’ll spend hours creating whatever you want. There’re plenty of tutorials that detail everything from the basics of moving items around and resizing, to animating and making music for your work. Without fail, you’ll want to spend as much time playing them, as they cover the fundamentals of creating and the advanced techniques of lighting and shading amongst other things. Once you’re ready to jump in, the blank canvas is overwhelming. You should’ve covered most of the tools at your disposal in the tutorials, but it can still take a while to know exactly where to start. Starting off small is the best way to go, mainly because you’ll need to get familiar with everything. If you’re wanting to create a platformer for example, you’ll not only want to make it pretty, but also use the various connections like the pivot and bolt joints to have various platforms move correctly. You start to see video games in a different light, and appreciate exactly how much work goes into developing them. There is so much to think about, whether you’re animating or building a game, but spending time experimenting and finally nailing your vision is so satisfying.

Whilst DreamShaping is about creating, DreamSurfing is about appreciating other’s hard-earned work. There’re some impressive games in Dreams, from complete recreations of Metal Gear Solid, Resident Evil, and Mario 64, to original concepts that are fun to play and equally as impressive. Some of the animations people have made are stunning, and baffling to me. I cannot understand how some of these paintings and animations have been created in-game because of the level of detail in them. One painting I saw was of Paris at night, and the houses, the street, and the lighting formed something that would put Da Vinci to shame. What makes Dreams such a perfect creation suite is the sense of community. You can write a comment or give a like to something you’ve enjoyed, but also copy things that exist in player’s creations to use in your own. Everybody’s imagination merges together to create a hive mind of creativity, and allowing others to play your games or admire your art gives you a great sense of accomplishment. Media Molecule makes it easy for you to search through hundreds of creations by name, look at what’s the most popular, check out what Media Molecule are up to in-game, and much more.

To accompany the full release of Dreams, Media Molecule has made a short story to play through called ‘Art’s Dream.’ It’s a little over two hours long, but what it does in that time highlights everything that makes Dreams so unique. It tells the story of jazz bassist, Art, and his fall out with his former band mates. It’s about love, depression, and friendship, told through a surreal mix of gameplay, art styles, and genres. The platforming segments are the most fun, as you play as various characters such as D-Bug the robot and Foxy the Fox, solving puzzles and evading traps through some beautifully designed levels.

In the parts where you’re Art, the game takes a darker turn. It’s still an uplifting tale, but Media Molecule has definitely made something that we all can relate to. There’re musical numbers, point-and-click puzzles, and even dialogue choices. Art’s Dream is filled with so many weird and wonderful ideas, and the fact it was made in-game once again highlights how vast and inspiring Dreams is.

Dreams is a revolutionary video game, allowing you to create whatever you want and have fun doing it. The amount of tools and their menus are dense, and there will be times when you feel completely lost, however, if you have the willingness and time to learn, Dreams is a rewarding experience. The community at the heart of Dreams is both welcoming and helpful, and I hadn’t seen a single negative comment. Dreams is such a special game, and I implore everyone to jump into the Dreamiverse.

As overwhelming as it is, Dreams is a unique and impressive game that offers plenty of ways for players to create whatever they want, with a great sense of community.